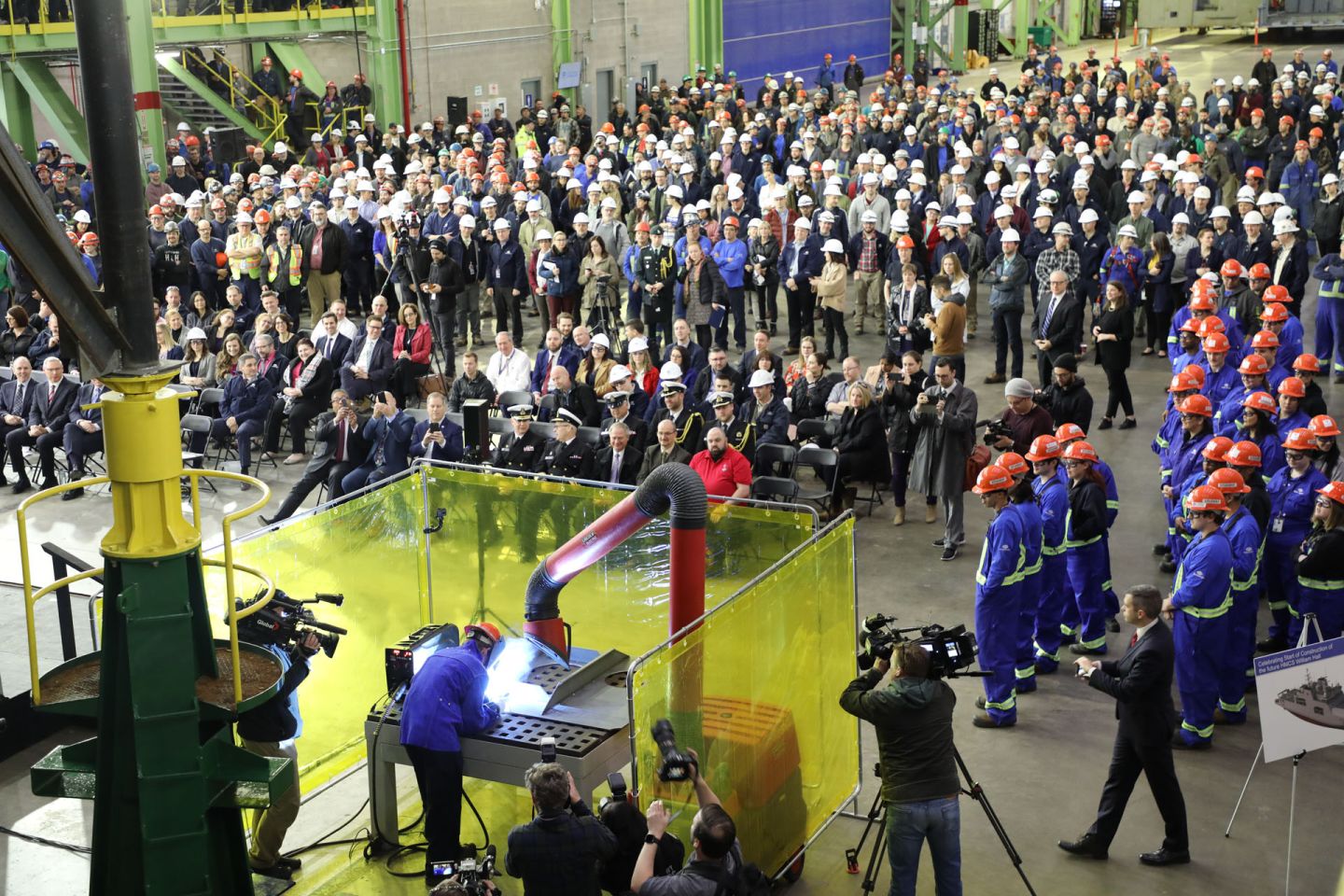 Over the next few decades, Halifax Shipyard will build six AOPS for the Royal Canadian Navy, two AOPS for the Canadian Coast Guard, and 15 Canadian Surface Combatants as part of Canada’s National Shipbuilding Strategy.

The son of former American slaves, Hall was born in 1827 in Horton, Nova Scotia. As a young man, he worked in shipyards in Hantsport, building wooden ships for the merchant marine. Hall enlisted in the Royal Navy as an able seaman in February 1852.

In 1856 he was assigned to the frigate HMS Shannon. When the Indian Mutiny broke out in May 1857, Hall and the crew of Shannon were sent to Calcutta to assist the British army. Hall was one of the seamen from the Shannon who formed a naval brigade to march to the relief of Lucknow, then besieged by mutineers.

The enemy concentrated its fire on the Shannon’s gun crews who were attempting to breach the walls of an enemy strong point. Of the Shannon crew, only Hall and one officer, Lieutenant Thomas Young, were left standing. The two worked the gun in a storm of bullets, firing until a breach had been made and British troops had passed over the enemy’s walls. Their gallantry contributed materially to the lifting of the siege, and they were successfully nominated for the Victoria Cross.

His naval career continued aboard many ships, among them Bellerophon, Hero, Impregnable, Petrel and Royal Adelaide, until he retired in 1876 as quartermaster. He returned to Nova Scotia to settle on the family farm near Hantsport.

Hall’s valiant actions during the battle at the relief of Lucknow are an inspiration to the Royal Canadian Navy.