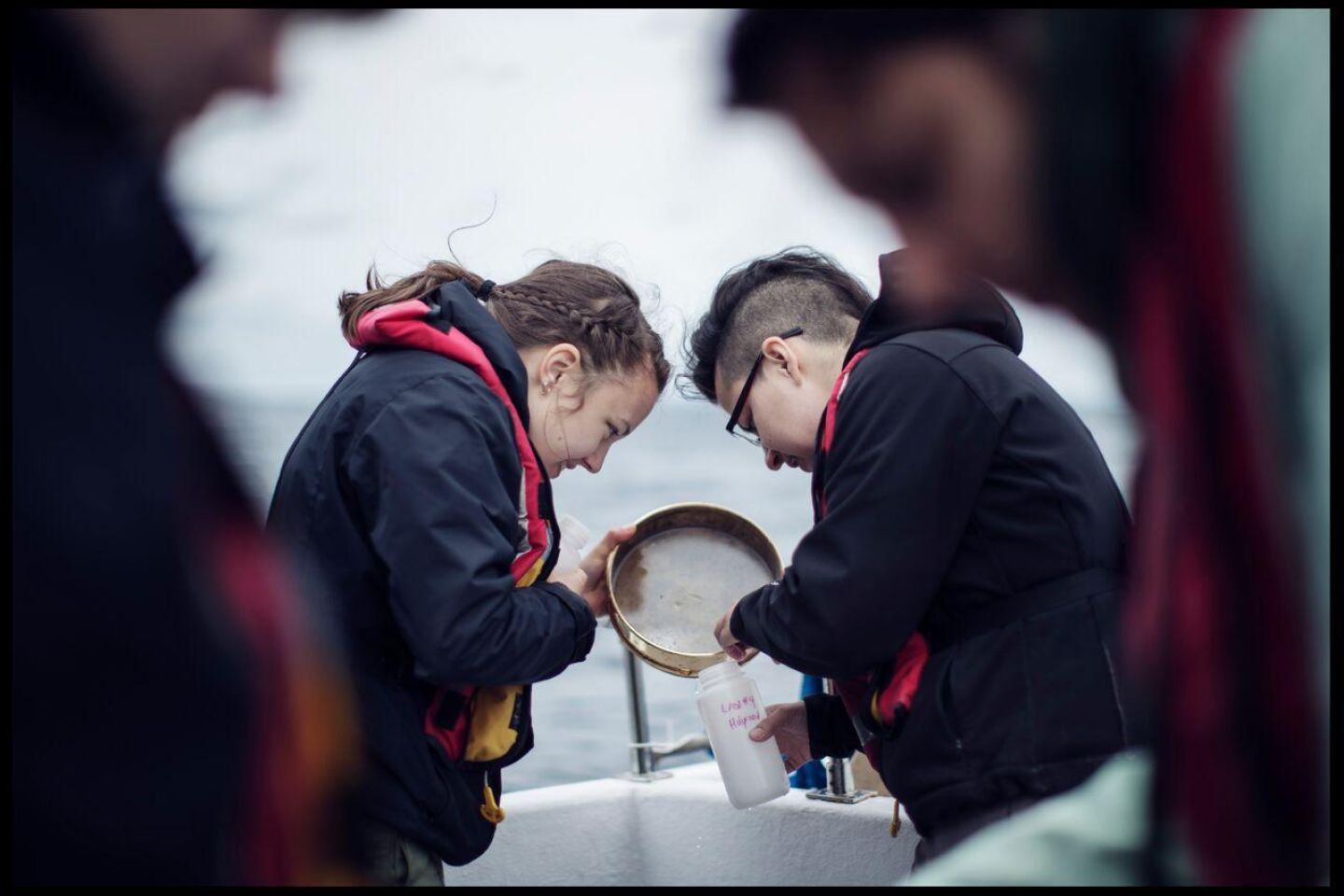 How do you collect data in a climate as harsh as Canada’s north, on plastics as tiny as a grain of rice? The answer: fish guts and butterfly nets.

In 2016, Dr. Max Liboiron’s research was selected as one of nine projects to receive funding from the Marine Environmental Observation Prediction and Response network (MEOPAR) and Irving Shipbuilding’s commitment of $1.8 million to projects focusing on developing and applying new technology or scientific approaches to Canada’s coasts and oceans.

Dr. Liboiron’s research focuses on evaluating and monitoring marine microplastics in Canada’s north. Her team collected data in a number of areas in Newfoundland and Labrador and Nunavut, looking in sediment, water, and wildlife for microplastics.  Dr. Liboiron and her team were able to establish new methodologies for plastic sampling, including the creation of trawl similar to a butterfly net to sieve microplastics out of the ocean and the collection of fish intestines from local fishers to analyze microplastic consumption in marine wildlife.

The research was conducted by a diverse group of scientists, students, and community members. In Nunavut, one of the team’s graduate students, Hillary Bradshaw, invented several new methods as she began investigating plastics in Iqaluit due to the unique nature of the project.

As her project nears its conclusion, Dr. Liboiron is optimistic her team’s work will continue to provide meaningful data to Northern communities – and beyond; Dr. Liboiron’s plastic monitoring techniques have already been used around the world, from the south shore of Nova Scotia to the coasts of Africa.

“The next step for monitoring plastics in Canada’s North is to make me obsolete – that means I do the training and put in protocols so that Inuit and other communities can do it themselves. By making these really inexpensive, accessible tools, they can answer their own questions and build up this really robust community based system of plastic monitoring.” - Dr. Max Liboiron