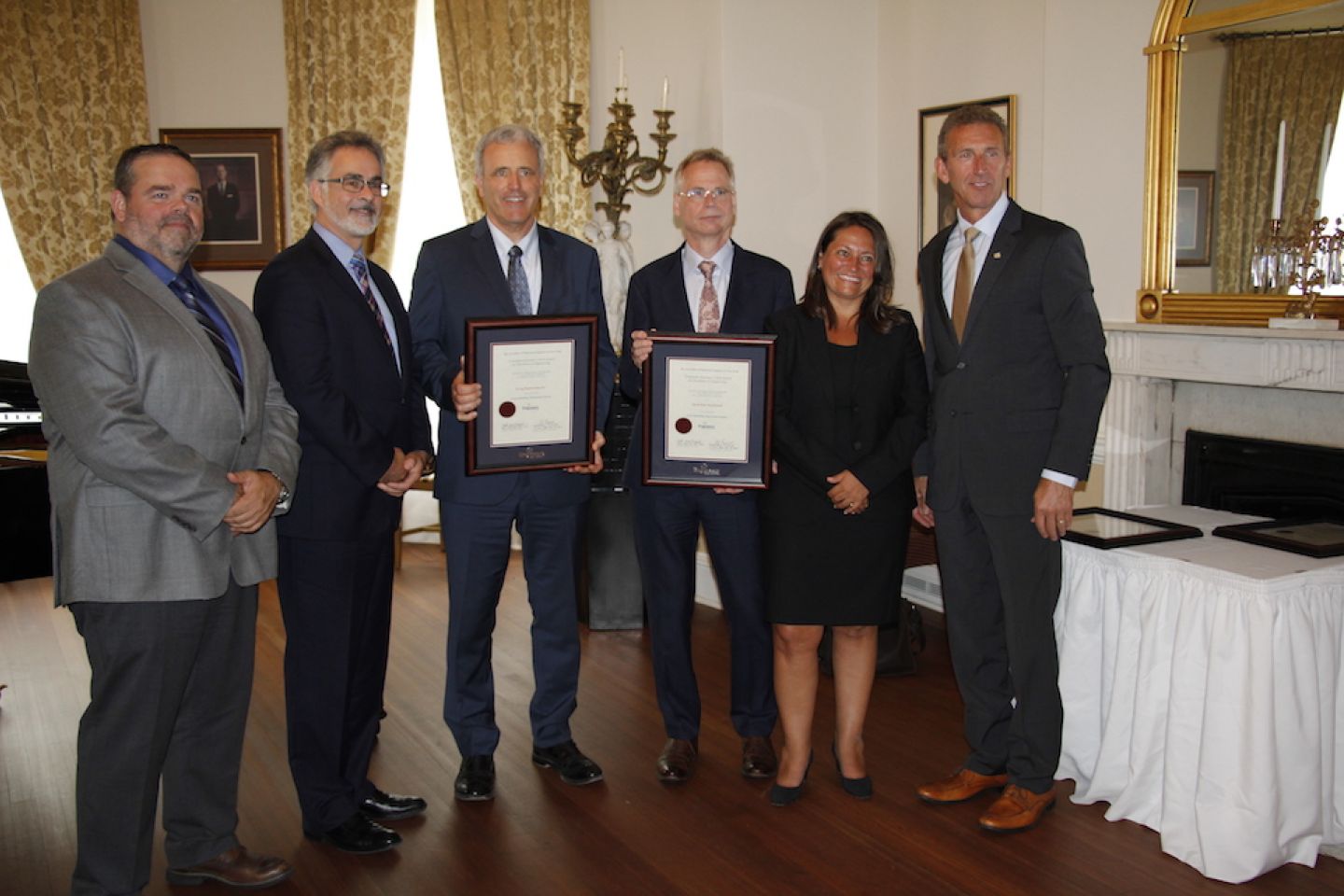 On Thursday, September 8, 2016, Irving Shipbuilding was honoured jointly with Hatch (formerly Hatch Mott MacDonald) by Engineers Nova Scotia with the Lieutenant Governor’s Award for Excellence in Engineering for the Halifax Shipyard Modernization Program.

“This year, we were honoured to award two joint recipients the 2016 Lieutenant Governor’s Award for Excellence in Engineering, “ said Bob MacDonald, president of Engineers Nova Scotia. “This project by Irving Shipbuilding and Hatch, involved the re-development of the entire shipbuilding facility to accommodate the fabrication, assembly and launching of the combatant package of the National Shipbuilding Strategy.”

The award recognizes excellence in engineering and is the highest award in Nova Scotia that recognizes best of class construction projects. Doug Dean, Director of Projects, with J.D. Irving, Limited accepted the award on behalf of Irving Shipbuilding.

Under the Shipbuilding Modernization Program, Irving Shipbuilding invested over $350 million to construct the most modern shipbuilding facility in North America in order to accommodate the production of the Royal Canadian Navy's future combat fleet.

“This recognition of our Shipbuilding Modernization Program further emphasizes our efforts and achievements in building the most modern shipbuilding facility in North America,” said Dean.  “We are proud to share this achievement with our partners at Hatch and thank Engineers Nova Scotia for this honour.”