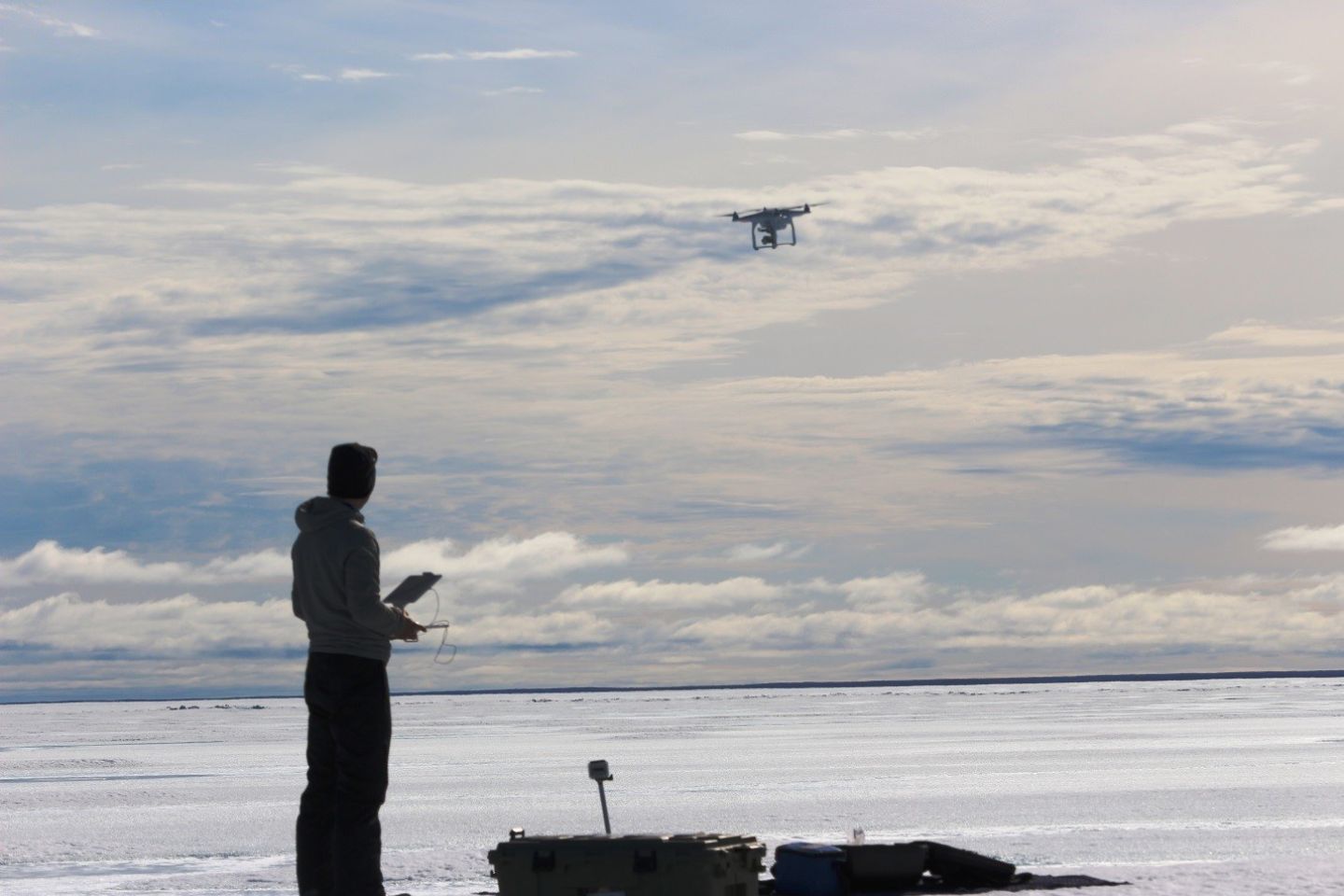 Canadian waters are vast and challenging. When you are doing research in Canadian waters, you need to get creative about how you collect data. From Prince Edward Island to British Columbia, to the Northwest Passage, researchers with the nine projects funded by the Marine Environmental Observation Prediction and Response (MEOPAR) Network and Irving Shipbuilding, are spending spring and summer months in the field gathering information and working to help us understand and interact with our oceans and waterways.

Maycira Costa’s project uses data from a variety of sources to understand the relationship between the dynamic of the colour of our coastal waters and ocean productivity. Costa’s team, based out of the University of Victoria, collects satellite data, has sensors aboard BC ferries, and also uses citizen scientists. The sensors on the ferries mean data can be collected autonomously every day, no matter what the weather, and from different locations throughout the day.

Passengers on the MV Queen of Oak Bay ferry, which runs between Horseshoe Bay in Vancouver and Departure Bay in Nanaimo, can also collect data to add to Costa’s collection. Travellers are invited to use mobile devices on board to take pictures of the water and submit it through an app. The water colour in the photos is an indicator of the ocean productivity.

“By integrating data collected by satellites, sensors aboard ferries, and citizens, the researchers can obtain information quickly and in high-enough resolution to address the biological dynamics of the Salish Sea and assist in fisheries management, specifically the decline in the salmon population on Canada’s West Coast”

Collecting data in the Arctic can be the most challenging, not only because of the remote locations and extreme weather, but also the lack of tools specifically for the region.  Dr. Randy Scharien, and his team at the University of Victoria are bringing together Canadian experts in sea ice, remote sensing, and partners involved in operational ice charting and predictions, to address the need for better sea ice observations and predictions by resolving uncertainties caused by sea ice melting each spring.

The transition from winter to summer in the Arctic is a period when snow and sea ice transform from a uniform feature to one that is highly varied and dynamic. There is increased activity on the land and on the sea. Sea ice melts and moves according to forces applied on it by wind and ocean currents. The melting state and movement of sea ice is hard to predict, meaning users of the ice are at risk of encountering hazards, such as slush zones and disintegration of the ice edge, and users of the sea in ice-prone waters are at risk of being trapped by moving ice.

The project team collected field and satellite data using leading-edge satellite remote sensing tools, looking at airborne surveys, and conducting a major field campaign in Victoria Strait and Dease Strait, parts of the Northwest Passage, from May to July in 2016. This allowed them to analyze the ice over a period of time. From the data they created a sea ice type and satellite radar backscatter database. The database is being used by several student-driven research projects at the universities of Victoria, Calgary, York, and Waterloo.

“Our goal is to build capacity in the development of tools to promote safe sea ice usage in a rapidly changing environment, so that traditional human activities are preserved and even enhanced, and marine activities are made safer so that lives and ecosystems are protected.”