On Friday, August 10th, Steven MacKinnon, Parliamentary Secretary to the Minister of Public Service and Procurement Canada and Member of Parliament (Gatineau, Quebec) stated that Davie Shipyard in Levis, Quebec will have opportunities to bid and win work under the National Shipbuilding Strategy (NSS). Mr. MacKinnon also described Davie as a solid partner in the NSS, effectively equating Davie to Irving Shipbuilding and Vancouver Shipyards which were both selected in a national competition in 2011 for the exclusive right to build Canada’s future Coast Guard ships and future Navy combatants and auxiliary ships.

In developing the framework for the NSS, Canada acknowledged that there was not enough future large ship construction required for the Navy and Coast Guard to sustain more than two shipyards and their skilled workforce. It was through a fully transparent and competitive process that Irving Shipbuilding and Vancouver Shipyards were selected as Centers of Excellence to build Canada’s future fleets. Davie Shipyard lost the competition in 2011.

The men and women of the Halifax Shipyard are concerned that these remarks signal the possible redirection of shipbuilding work out of Atlantic Canada. These are well-paying, good jobs, won fairly through a competitive process.

We call upon the Federal Government to confirm to Irving Shipbuilding, our shipbuilders and their families, the Province of Nova Scotia, and all Atlantic Canadians that the National Shipbuilding Strategy remains intact and, therefore, construction of the ships for Canada’s Navy and Coast Guard will be done exclusively by Irving Shipbuilding and Vancouver Shipyards.

While we have no interest in getting into a public squabble with our valued government customer, this issue is too important to the long term strategic success of our shipyard and the economic well being of our shipbuilders, and all Atlantic Canadians, to leave ambiguous and unsettled. 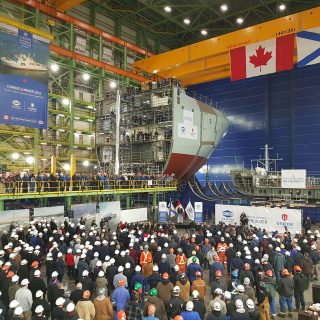 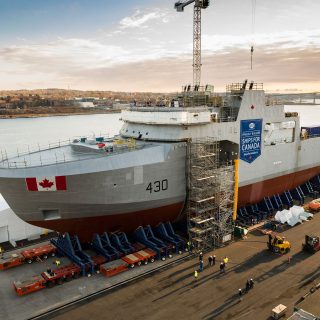