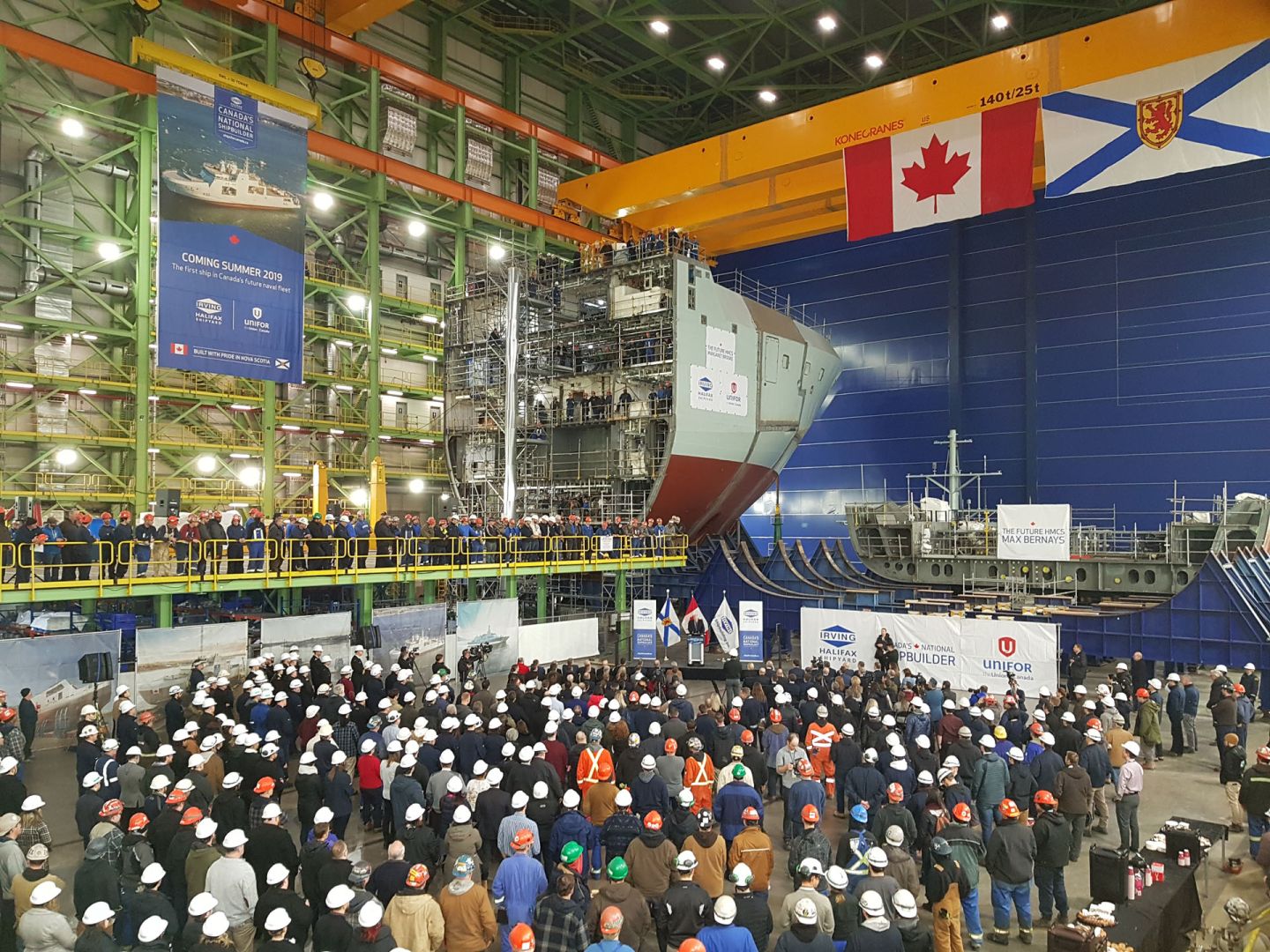 Through the National Shipbuilding Strategy, the Government of Canada is ensuring that the Royal Canadian Navy has the ships needed to carry out its important work, while creating significant economic benefits from coast to coast to coast.

Today, the Honourable Carla Qualtrough, Minister of Public Services and Procurement and Accessibility, announced that the Government of Canada has officially selected Lockheed Martin Canada for the design of 15 new Canadian Surface Combatants that will be built at Irving Shipbuilding’s Halifax Shipyard.

The winning bid is based on the BAE Systems Type 26 Global Combat Ship. The Government of Canada and Irving Shipbuilding will work alongside Lockheed Martin Canada to customize the ship design to meet Canada’s requirements and to incorporate Canadian systems and equipment. This design work is expected to take three to four years to complete. Construction is set to begin in the early 2020s.

The initial contract with Irving Shipbuilding is valued at $185 million (including taxes) and will increase as design work progresses, resulting in significant benefits across the Canadian economy. The Industrial and Technological Benefits Policy will apply to this contract, ensuring that for every dollar the government puts into this contract, a dollar goes back into Canada’s economy.

The National Shipbuilding Strategy is a long-term commitment to domestic shipbuilding that is about revitalizing and reinvigorating a world-class marine industry that equips the Royal Canadian Navy and the Canadian Coast Guard, supports Canadian technological innovation, creates well-paying stable employment and benefits the economic prosperity of Canada’s coasts and waterways.

Contracts awarded to date through the National Shipbuilding Strategy will contribute an estimated $10.9 billion of gross domestic product and create or maintain more than 10,000 jobs during the period of 2012 to 2022.

“Our government is providing the Royal Canadian Navy with the ships it needs to do its important work of protecting Canadians. This procurement process for Canada’s future fleet of Canadian Surface Combatants was conducted in an open, fair and transparent manner that yielded the best ship design, and design team, to meet our needs for many years to come. Today’s announcement is yet another example of how the National Shipbuilding Strategy is supporting jobs and prosperity in communities across Canada, including here in Halifax.”

“Through Canada’s defence policy, Strong, Secure, Engaged, we are providing our women and men in uniform with the equipment they need to do the important job we ask of them. Today marks an important day for our Royal Canadian Navy as we move closer to the construction of our 15 future warships. These highly advanced, state-of-the-art warships will enable our navy to monitor and defend our waters here at home, help us support our international allies and keep Canadians safe.”

“The Canadian Surface Combatant project is one of the biggest procurements in Canada’s history. Our government’s policy ensures that Lockheed Martin Canada will invest in Canadian companies and workers, creating more jobs and supporting innovative research. When these ships are delivered, Canada will have a stronger naval fleet, with a strong and skilled shipbuilding industry to support it.”
The Honourable Navdeep Bains
Minister of Innovation, Science and Economic Development

“We are proud to have been chosen as the prime contractor and shipbuilder of the new Canadian Surface Combatants and to continue our legacy of providing the men and women of the Royal Canadian Navy with the modern, Canadian-made ships they need to serve and protect Canada’s interests. The award of this contract demonstrates the confidence the Government of Canada has in our shipbuilders, who today are hard at work building the Royal Canadian Navy’s Arctic and Offshore Patrol Ships. We look forward to working with Lockheed Martin Canada and BAE Systems to finalize the design and start constructing the first Canadian Surface Combatant in the early 2020s.”
Kevin McCoy
President, Irving Shipbuilding

“This award is true validation of our Canadian capability. Our team is honoured, knowing that we offered the right solution for Canada and a proven ability to perform on complex defence programs. Lockheed Martin Canada is ready to continue serving as Canada’s trusted Combat System Integrator, as it has for more than three decades, leveraging the innovation and talent here at home that will ultimately result in unprecedented economic outcomes for Canada.”
Gary Fudge
Vice President and General Manager, Lockheed Martin Canada Rotary and Mission Systems