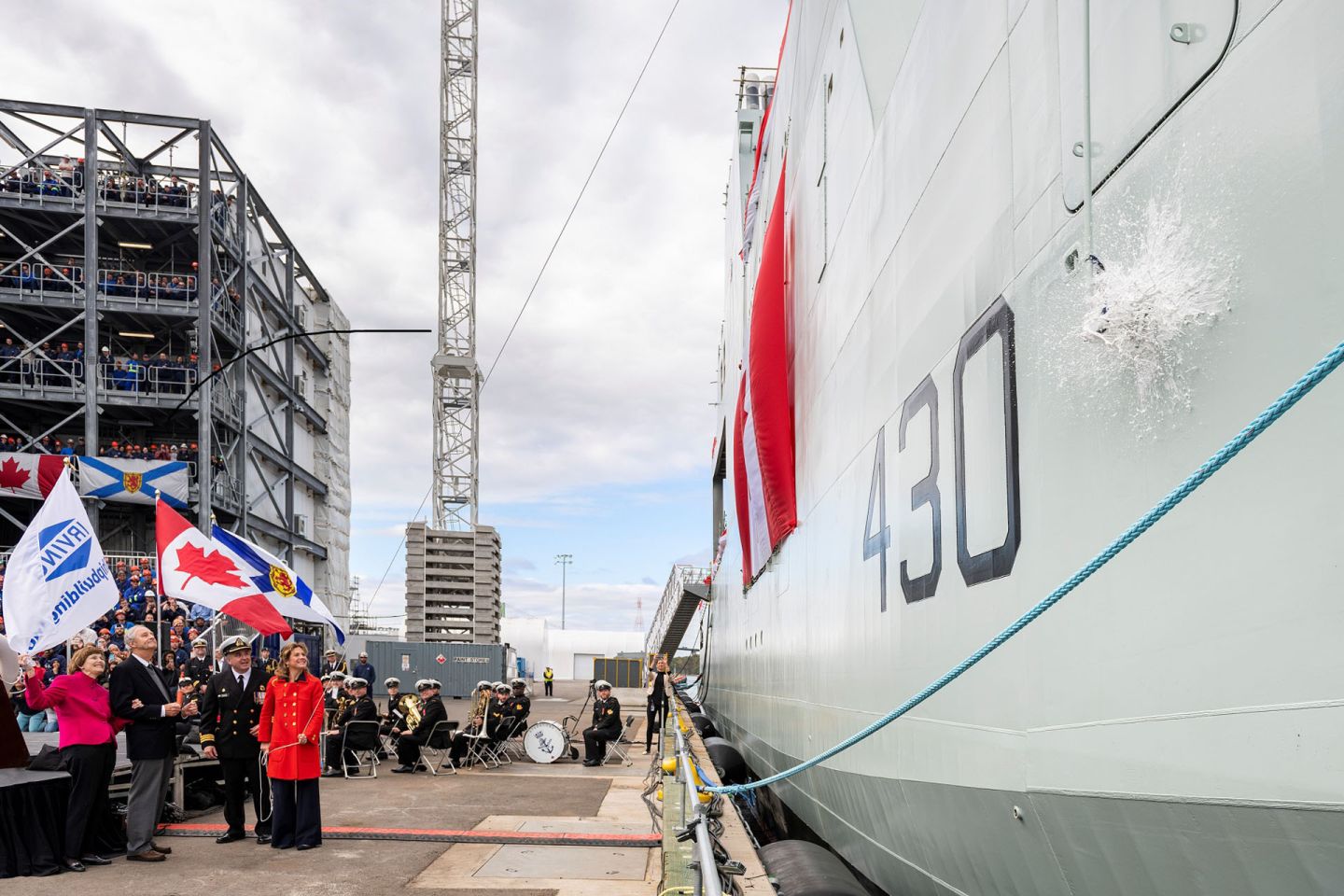 The name of the lead Arctic and Offshore Patrol Ship, Harry DeWolf, was chosen in honour of wartime Canadian naval hero Vice-Admiral Harry DeWolf. The Harry DeWolf-class will enhance the Royal Canadian Navy’s ability to operate globally and in the North with a renewed focus on surveillance and control of our maritime approaches.

The naming ceremony, held at Irving Shipbuilding’s modernized Halifax Shipyard, marks a significant milestone for the Arctic and Offshore Patrol Ship program, which is the first class of ships to be constructed at the shipyard as part of the National Shipbuilding Strategy.

The Strategy was created to replace the current surface fleets of the Royal Canadian Navy and the Canadian Coast Guard. Through a competitive, open and transparent process, Irving Shipbuilding was selected to construct the Royal Canadian Navy’s future combatant fleet—Arctic and Offshore Patrol Ships followed by 15 Canadian Surface Combatants.

To date, Irving Shipbuilding has more than $2 billion in spending commitments with organizations throughout Canada as part of the Strategy. The Halifax Shipyard modernization, shipbuilding activity, supplier contracts and the Industrial and Technological Benefits Policy obligations throughout Canada will generate an estimate of over $3.17 billion in spending between 2013 and 2022.

Construction of the first Arctic and Offshore Patrol Ship started at Halifax Shipyard in September 2015 and the ship was launched on September 15, 2018. Work to prepare the ship for sea trials in 2019 will continue at Halifax Shipyard. Harry DeWolf is scheduled to be turned over to the Royal Canadian Navy in 2019.

“Today is an outstanding for the Royal Canadian Navy. ‎This government is proud to be investing in our Navy's bright future and delivering equipment to our men and women in uniform. We are proud this project is providing economic opportunities to the Canadian Shipbuilding Industry.” The Honourable Scott Brison, President of the Treasury Board

“This marks a very significant milestone in our efforts to rebuild Canada’s marine industry and provide the proud members of our Royal Canadian Navy with the ships and equipment they need to do their jobs. Irving Shipbuilding has constructed a world-class shipyard and brought together a remarkable group of women and men who have used their skills and talents to build this very impressive first Arctic and Offshore Patrol Ship.” The Honourable Carla Qualtrough, Minister of Public Services and Procurement and Accessibility

“Our government is delivering on our commitment in our defence policy Strong, Secure, Engaged to provide our Royal Canadian Navy with the capabilities it needs to serve Canadians. Today’s naming ceremony marks another successful milestone for Canadian shipbuilding. The new Arctic and Offshore Patrol Ships will provide our dedicated sailors with equipment that enhances their ability to safeguard our national interests and keep Canadians strong at home and engaged in the world.” The Honourable Harjit S. Sajjan, Minister of National Defence

“Vice-Admiral DeWolf is a fitting namesake for this new class. Renowned for his bold vision, leadership and fighting spirit, he sailed HMCS Haida – now flagship of the Royal Canadian Navy – on a series of Arctic convoys during the Second World War. The Harry DeWolf-class will be an incredible capability for our Navy that builds on this legacy of excellence. Our presence in Canada’s North will be extended, and our ability to support a breadth of global operations will be enhanced. Today is an exciting day that brings us one step closer to tomorrow’s future fleet.”  Vice Admiral Ron Lloyd, Commander of the Royal Canadian Navy

“Today is the culmination of years of hard work by thousands of people across Canada from coast to coast to coast. We are incredibly proud of our more than 1,900 Atlantic Canadian shipbuilders who rose to the challenge of constructing the first ship of its class in Canada's most modern shipyard. The men and women of the Halifax Shipyard have ensured the highest quality of workmanship has gone into the future HMCS Harry DeWolf.” Mr. Kevin McCoy, President, Irving Shipbuilding 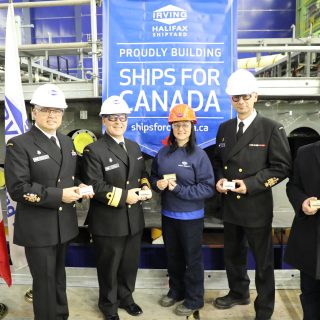