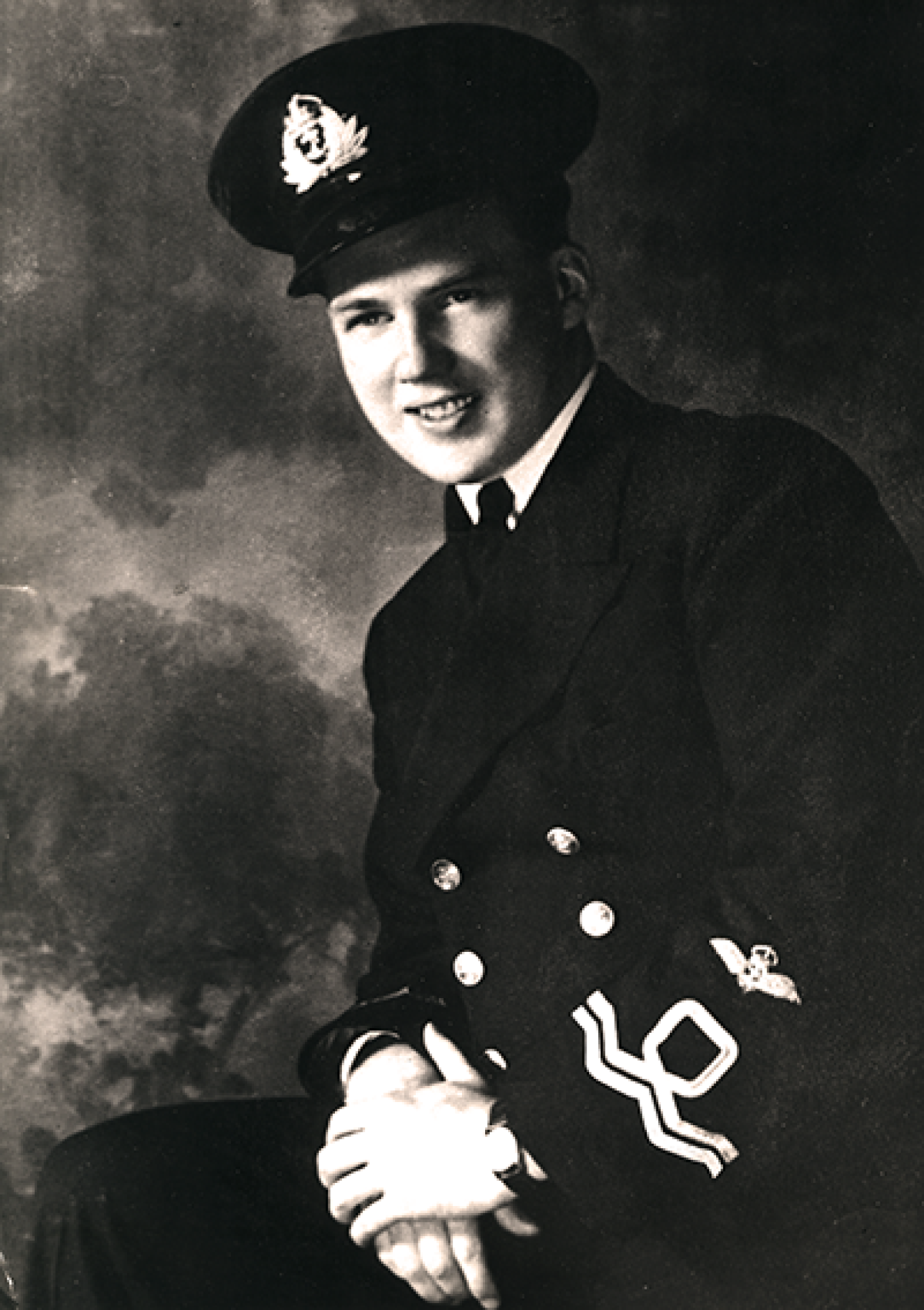 Who Is Robert Hampton Gray?

Lt Gray joined the Royal Canadian Naval Volunteer Reserve in 1940 and served as a pilot in the Royal Navy Fleet Air Arm. He embarked in His Majesty’s Ship (HMS) Formidable with 1841 Squadron, joining the war in the Pacific as part of Operation Iceberg, the invasion of Okinawa, Japan, in April 1945.

Lt Gray was awarded the Victoria Cross posthumously for courage and determination in carrying out daring air strikes on the Japanese destroyer His Imperial Japanese Majesty’s Ship (HIJMS) Amakusa.

On August 9, 1945, he led two flights of Corsair aircraft to attack naval vessels in Onagawa Bay, Japan. He opened the attack run flying straight into concentrated anti-aircraft fire and was hit almost immediately.

With his aircraft on fire and one bomb lost, he continued the attack and released his remaining bomb on the escort vessel HIJMS Amakusa, causing the ship to capsize and sink. His aircraft then crashed into the sea and his body was never recovered.

Lt Gray was known to his fellow military members as a courageous leader with a brilliant flying spirit, who continued to inspire and motivate his crew after his unfortunate passing.

Lt Gray was the only member of the RCN to be awarded the Victoria Cross during the Second World War.

Over the years, Lt Gray’s courage, service and sacrifice continue to be recognized in many ways. In 1946, the Geographic Board of Canada named Gray’s Peak, a mountain in British Columbia’s Kokanee Glacier Provincial Park, in honour of Lt Gray and his brother John, also killed during the war.

In 1989, a memorial was erected to him at Onagawa Bay, the only memorial dedicated to a foreign service member on Japanese soil.

“…for great valour in leading an attack on a Japanese destroyer in Onagawa Wan on 9th August, 1945. In the face of fire from shore batteries and a heavy concentration of fire from some five warships Lieutenant Gray pressed home his attack, flying very low in order to ensure success, and, although he was hit and his aircraft was in flames, he obtained at least one direct hit, sinking the destroyer. Lieutenant Gray has consistently shown a brilliant fighting spirit and most inspiring leadership.”
(London Gazette, no.37346, 13 November 1945)