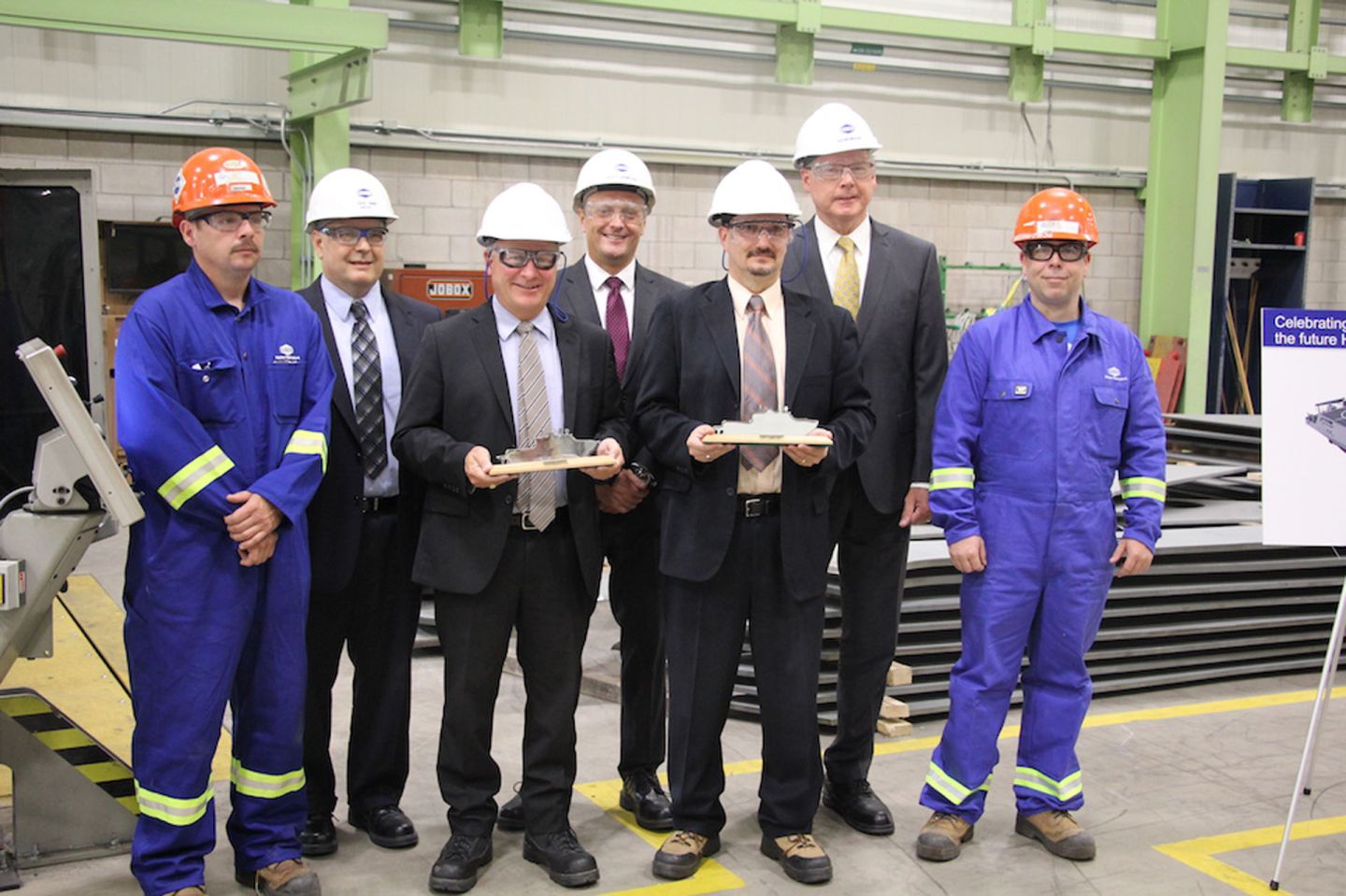 Irving Shipbuilding and the Department of National Defence (DND) honoured the legacy of a decorated veteran of the Royal Canadian Navy (RCN) as steel cutting for the second Arctic and Offshore Patrol Ship (AOPS), the future HMCS Margaret Brooke, commenced.

HMCS Margaret Brooke is named for a prominent Canadian who served with the highest distinction in the Royal Canadian Navy.

Margaret Brooke is the only Nursing Sister to have been named a Member (Military Division) of the Order of the British Empire during the Second World War. She was recognized for her heroic acts following the torpedoing and subsequent sinking of the SS Caribou on October 13, 1942 in the Cabot Strait off Newfoundland.

“Starting construction of the second Arctic Offshore Patrol Ship, HCMS Margaret Brooke, is an important milestone for the National Shipbuilding Strategy,” said the Honourable Judy M. Foote, Minister of Public Services and Procurement. “The Strategy sustains middle-class jobs across the country and strengthens the Canadian economy.”

“The shipbuilders at Irving Shipbuilding are proud to begin cutting steel on the second Arctic and Offshore Patrol Ship and to be building vessels that honour Canadian heroes,” said Kevin McCoy, President, Irving Shipbuilding. “This is an exciting milestone for our team, who are working hard to efficiently build Canada’s future fleet.”

Upon completion of construction of the future HMCS Margaret Brooke, over 2,600 tonnes of steel will have been cut, fabricated and outfitted for the vessel.

Born in 1915 in Ardath, Saskatchewan, LCdr Brooke studied as a dietician before the start of the Second World War and enrolled as a Nursing Sister Dietician on March 9, 1942 at the rank of Sub-Lieutenant. Over the course of her 20 year career with the RCN, she was promoted to the rank of Acting Lieutenant, then to Lieutenant (Navy) and finally to Lieutenant-Commander on April 1, 1957.

On October 14, 1942 during a crossing of the Cabot Strait off the coast of Newfoundland, the ferry SS Caribou was torpedoed by the German submarine U-69. The ferry sank in five minutes. Fighting for her own survival, LCdr Brooke did everything humanly possible to save the life of her colleague and friend, Nursing Sister SLt Agnes Wilkie, while both women clung to ropes on a capsized lifeboat. In spite of LCdr Brooke’s heroic efforts to hang on to her with one arm, her friend succumbed to the frigid water.

For the next 30 years, Irving Shipbuilding will work closely with the RCN on the next class of AOPS and Canadian Surface Combatant vessels under the National Shipbuilding Strategy, the largest defence procurement in Canadian history. 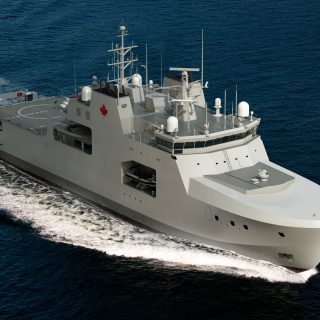