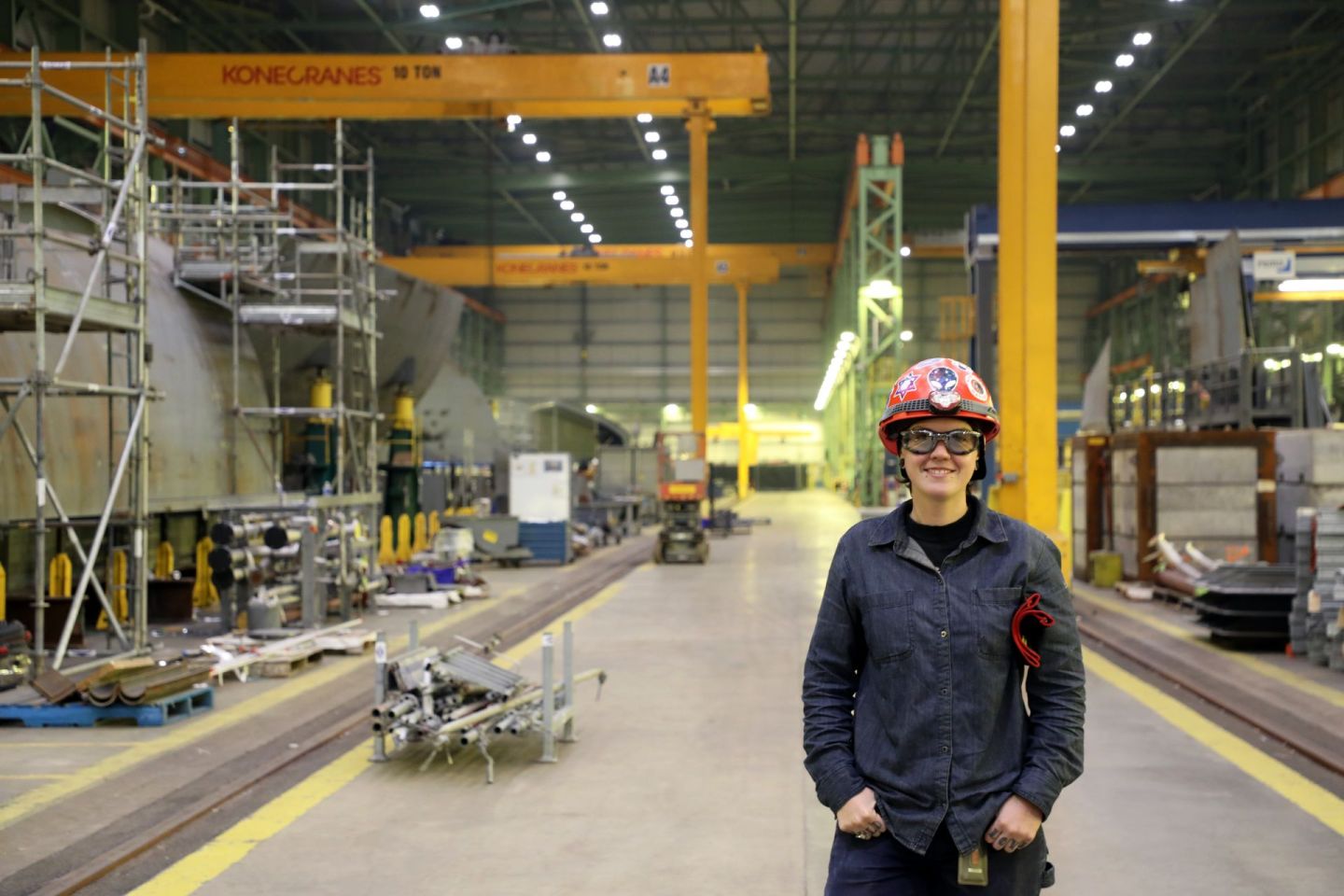 Kate Surette is a Red Seal Welder building and maintaining Canada’s future fleet of ships at Halifax Shipyard. She was Irving Shipbuilding’s Apprentice of the Year in 2018 and is considered a role model to apprentice tradespeople. But if you ask Kate, she’ll tell you that pursuing a skilled trade wasn’t even on her radar growing up.

Kate worked in many different industries trying to find the right career path but never felt satisfied. It was the signing of the National Shipbuilding Strategy that sparked Kate’s interest to work at Halifax Shipyard.

After learning about welding as a career path, Kate completed the two-year welding program at Nova Scotia Community College (NSCC) and discovered trades is the right career path for her.

Kate is pleased with her decision because she found something she loves to do.

“I am most proud to be doing so well in a male dominated trade,” says Kate. “I take pride in the work I do and the quality of my work.”

Kate says it was inspiring to see the aspirations of each and every candidate.

“Being in trades is incredibly rewarding. You can watch a piece of steel turn into a compartment, and then to a megablock, and an entire ship. You can stand back and look at that ship and say, ‘Wow, I helped build that!’.” 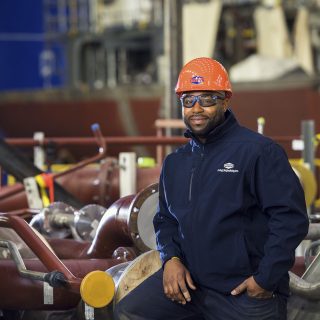