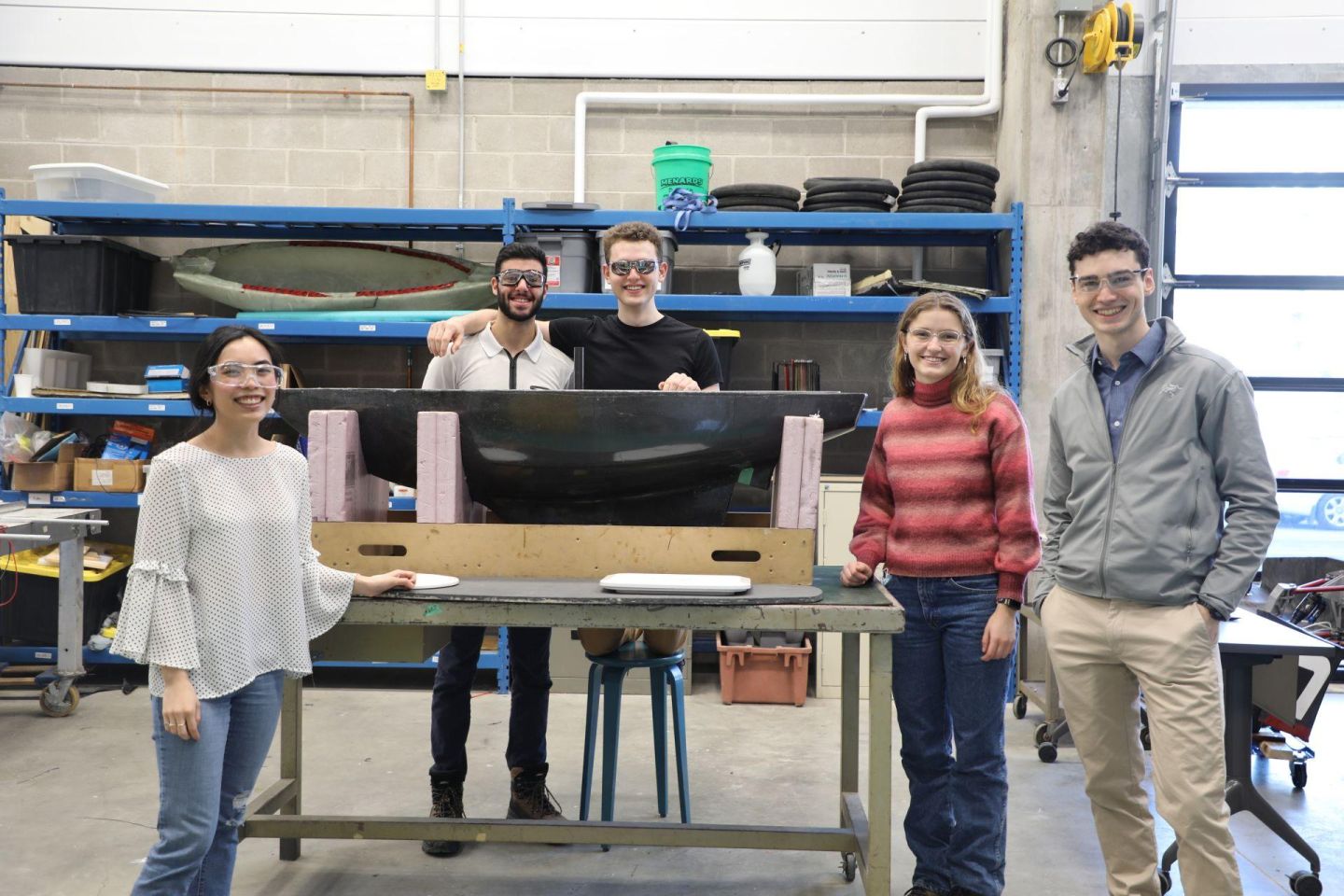 The Dalhousie MAST team is currently working on a self-sailing boat which will race across the Atlantic as part of the Microtransat challenge. Irving Shipbuilding is proud to support this project and the hard-working students who are building the amazing ship. The MAST team is comprised of over 30 students and counting. Meet some of the Dalhousie MAST team and hear their experiences and perspectives on this impressive project.

Jade Farr is the Project Manager for the MAST team and is in her sixth year of Engineering at Dalhousie. Throughout her two years on the team, Jade has continued to grow her passion for the team and encourages students to consider joining.

Jade is currently working with Irving Shipbuilding as an Engineering Co-Op student in Ship Repair Support.

Anthony Newton is a mechanical engineering student in his fifth year and works on the mechanical side of the sailboat team. Anthony speaks highly of his team and reveals the team is what he is most proud of through his experience.

“I would say I am most proud of how hard we push and support each other. Everyone here is also working part time jobs. Some people are part of multiple design groups. Of course, everyone is taking six courses right now. And yet at the end of the day, everyone comes here every Thursday night, sometimes multiple times a night, to work on this project, really push it through to see a final product.”

Anthony appreciates the support the MAST team has received throughout their journey to create their self-sailing boat.

“The sponsorship we have gotten from Irving Shipbuilding, from Fleetway, from all our sponsors, the naval industry, it shows us that there are people out there that care about developing talent in Nova Scotia.”

Matina Dick is a third-year mechanical engineering student and has been on the MAST team for two years. Matina recently stepped into the role as mechanical team lead. “I oversee all of the sub teams on the mechanical team as well as the general design and building of all the mechanical systems for the sailboat. Seeing how everyone has been working together to make this ship come to life,” says Matina.

“It has just been really awesome, seeing how dedicated everyone is to get the boat in the water and how they really want to achieve the full construction of the boat. To have all the electrical and mechanical and software components come together to create something that crosses the Atlantic is awesome.”

Majd El Ashkar is a fourth-year electrical engineering student and leads the electrical team for the project. “It's really motivating because I started at a time where we didn't really have a lot of sponsorship, a lot of support, and I've seen the change as that happens,” says Ashkar. “It makes us feel like we need to come to the shop and get some work in because there's people that really believe in the project besides us.

Majd has been on the team for over two years and is anticipating the final construction of the self-sailing boat. “It's so satisfying to see something that you've put together. Once we put the pieces together and put it in the water, that's going to be the most rewarding feeling.”

Ethan Johnston is a third-year electrical engineering student and is the software team lead for the MAST team. Ethan speaks highly of the team around him and looks forward to coming together in the final stretch to complete the project.

“It’s a really fun experience. It's almost like a family. Seeing the entire team come together and do a project this complex will be a proud memory to look back on and I think we'll be proud of what our team accomplished.” Johnston is proud of his software team and the success that they have found throughout the project. “We're a small but mighty team that are ready for whatever is thrown at us.”