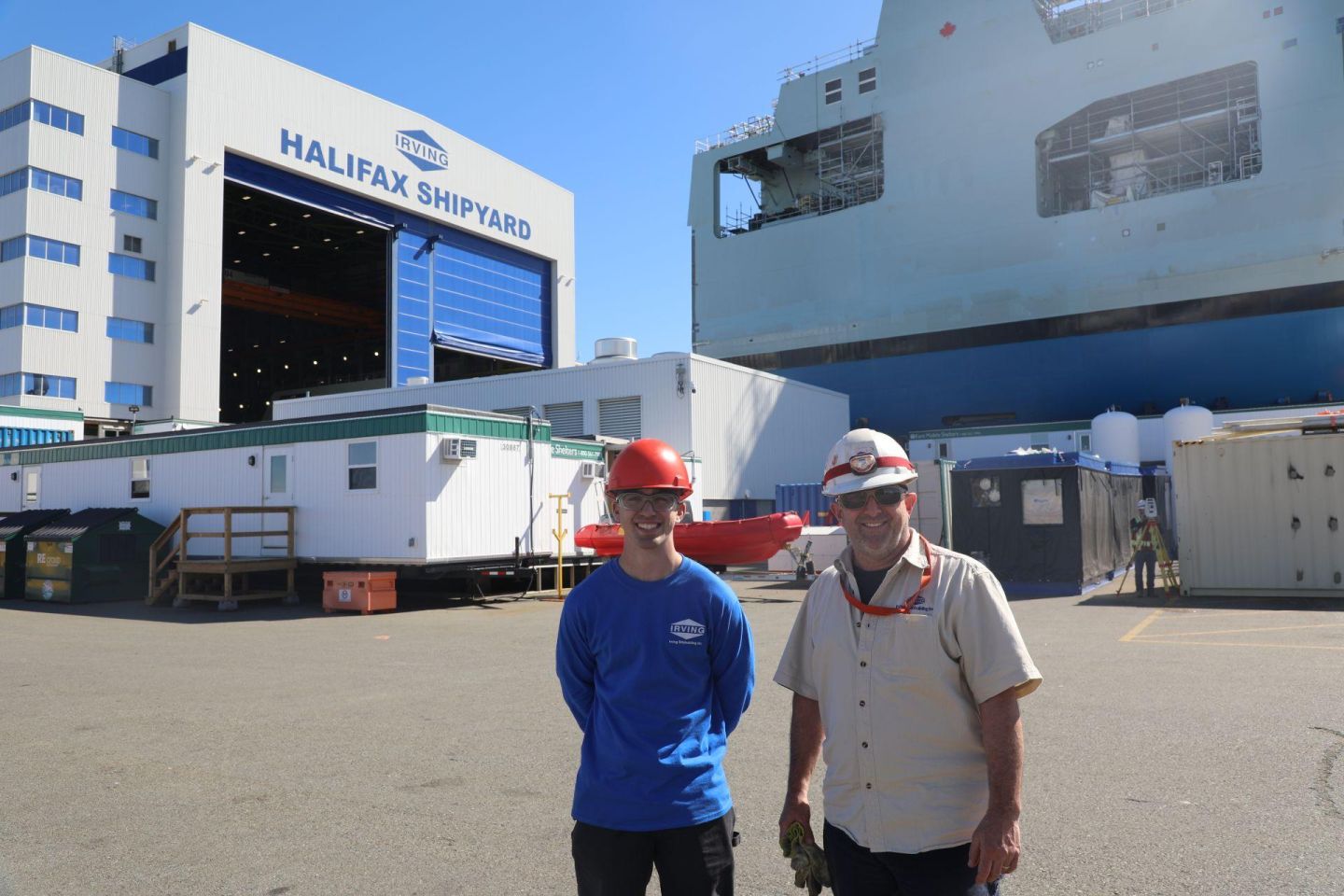 One of several father and son duos at Irving Shipbuilding, Scott and Evan Overbaugh take pride in their shared mission of safely building ships for Canada.

Inspired by his father's career in shipbuilding, Evan decided to follow in his footsteps, enrolling at NSCC for metal fabrication and completing his work term at Irving Shipbuilding. Evan recently graduated and is one of 18 NSCC students hired directly from their work terms.

“I’m happy to be starting my career at Irving Shipbuilding,” says Evan. “I’ve always been fascinated by the way ships come together, and it’s exciting to now be a part of that.”

For Scott, mentoring apprentices and watching them grow into excellent shipbuilders is the best part of his job.

“I have watched a number of apprentices go on to get their Red Seals and become great Shipbuilders,” says Scott. “Now I get to watch my son. Evan is going to have a great career and has a great future ahead.”

Though the Overbaughs don’t work directly together, they share an admiration for the work done across Halifax Shipyard are proud to be part of the shipbuilding team.

"We keep it professional when we walk through the gate, but love seeing each other at the yard knowing that we are working toward the same goal building ships," says Evan. “It’s something we’re really proud of.”

Scott agrees. “I couldn't be more proud of Evan. Knowing your son is building ships for Canada and that we are building these together is something special to me.”