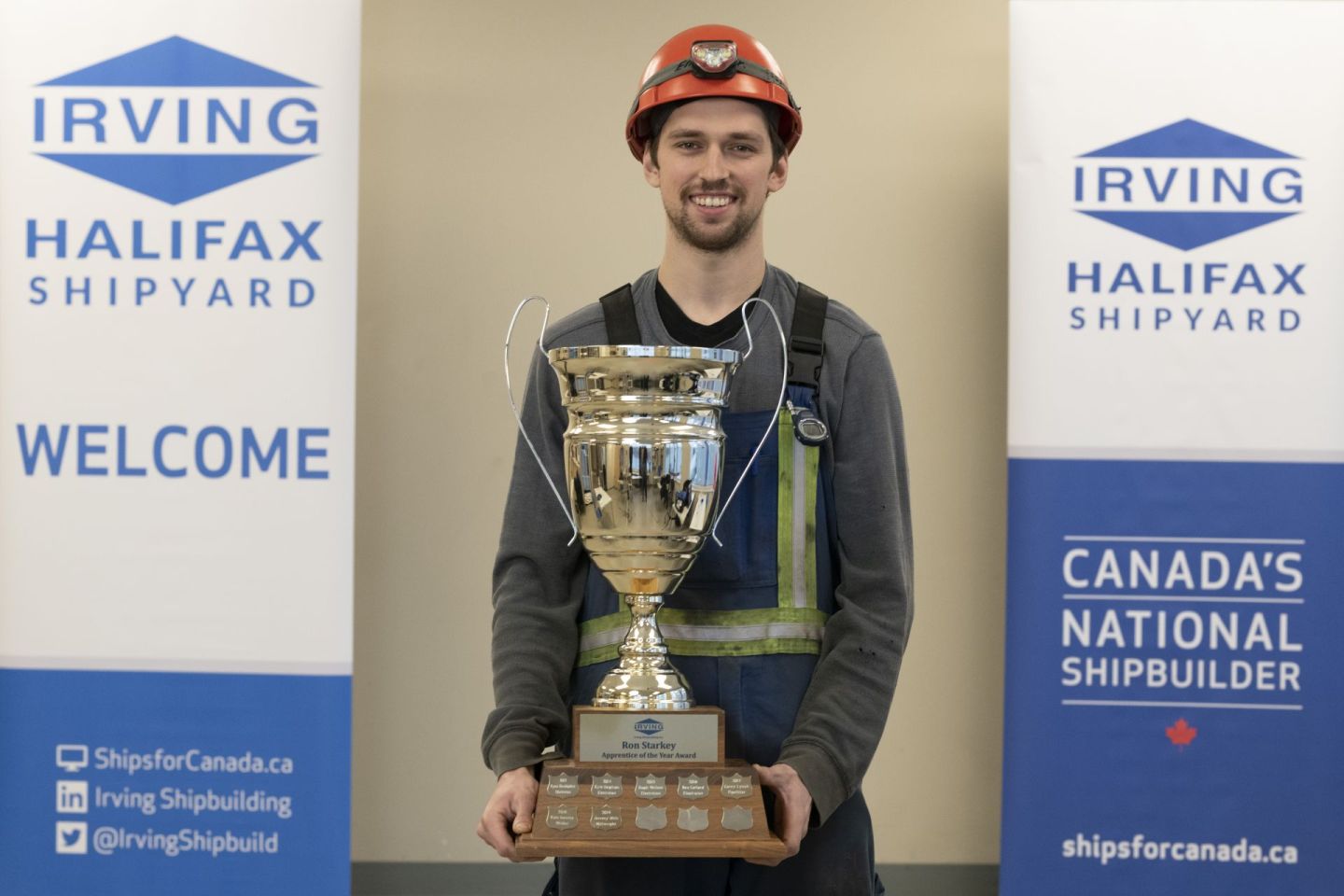 From an impressive class that saw 37 Irving Shipbuilding Apprentices earn their Real Seal during 2019, Jeremy Mills has been named the winner of the Ron Starkey Apprentice of the Year Award for 2019 at Irving Shipbuilding. The annual award is normally presented in the first quarter of each year, but like many things in 2020 was rescheduled to later in the year due to the pandemic.

Originally from Summerside, P.E.I., Jeremy attended Three Oaks Senior High School. After graduating, Jeremy decided to pursue a career in trades and completed his entry Millwright program at the College of North Atlantic in Placentia, Newfoundland.

Jeremy joined Halifax Shipyard in September of 2018 as a Millwright/Engine Fitter, working on Canada’s new class of Arctic and Offshore Patrol Ships. Jeremy said earning his Red Seal was a big personal achievement and something he could not have done without the support of his colleagues.

“There have been so many tips from individuals and journeymen who came before me and now for me to be able to pass down everything that they have taught me to the next apprentices that come after me is really rewarding.”

The Apprentice of the Year is voted on by a committee after review of each candidate’s work and a formal interview process. Characteristics sought include:

With more than 200 Apprentices, Irving Shipbuilding is the largest employer of Apprentices in Nova Scotia.

First presented in 2014, the Irving Shipbuilding Apprentice of the Year Award is named after Ron Starkey, who began as an Apprentice Machinist at Halifax Shipyard in 1987. Ron earned his Red Seal and took great pride in developing Apprentices that followed. Unfortunately, Ron passed away in 2013 after a battle with ALS.