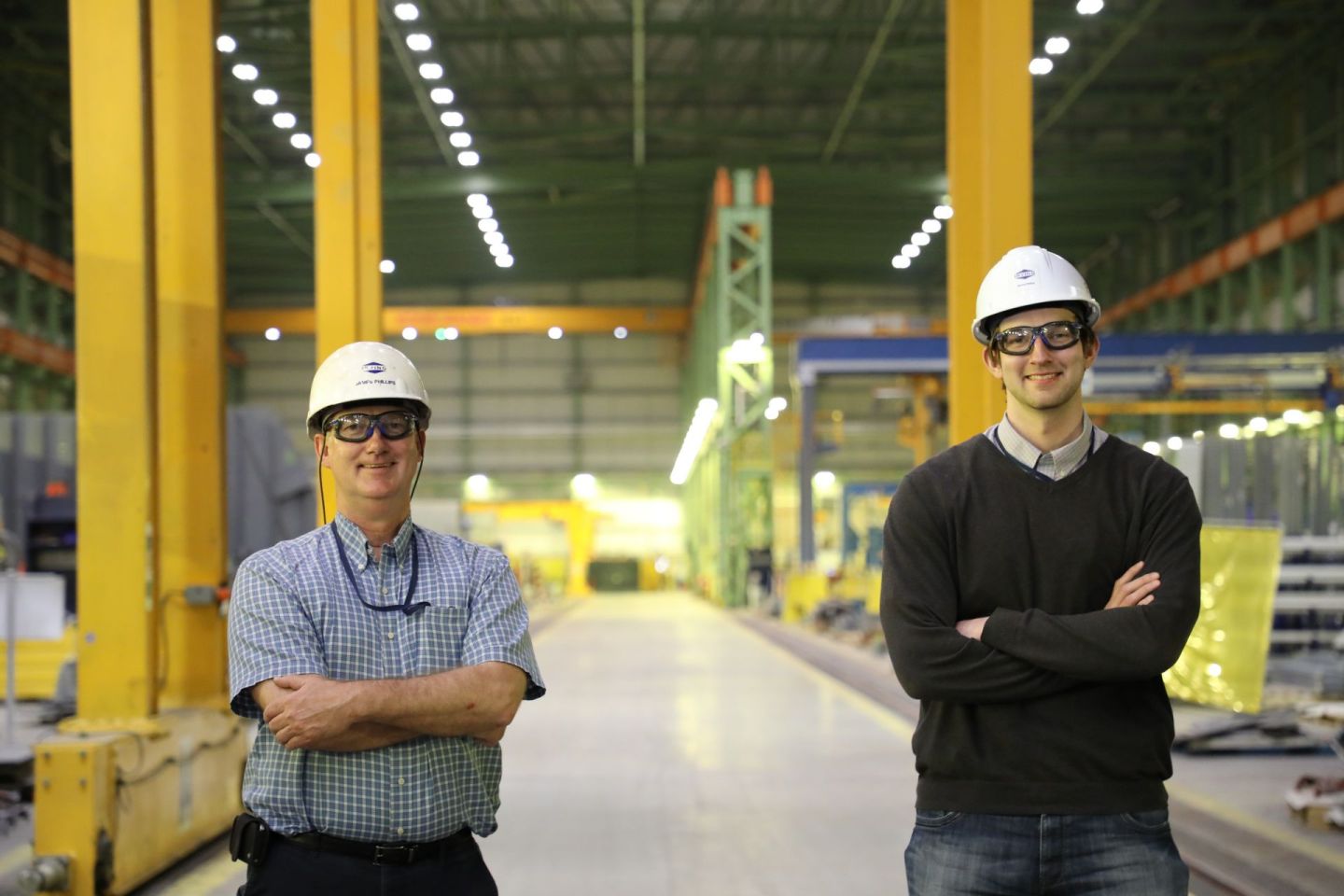 Father and son James and Jeremy Phillips came to Irving Shipbuilding in the same way – but just a few decades apart.

After starting as a co-op student in 2017, Jeremy is now a multi-discipline planner focused on project scheduling. In his role, he works on scheduling materials and production for all Arctic and Offshore Patrol Ships being built at Halifax Shipyard.

Though Jeremy took a different educational path than his father, he says his father had an influence on his decision to join Irving Shipbuilding.

“He thought it would be a great fit for my skills and suggested I apply,” Jeremy says. “My undergraduate degree is in physics, and while I’m not directly applying those theories in my day-to-day, I’m able to use the critical thinking skills I developed during my time at Memorial.”

For James, company values are the reason he encouraged his son to follow in his footsteps at Irving Shipbuilding.

“This is a family run business, and it shows at all levels. This company has a strong commitment to family, and that’s one of the reasons why I encouraged my son to join,” James says.

Though the Phillips don’t work directly together, they share an admiration for the size and scope of the vessels being built at Halifax Shipyard and are proud to be part of the shipbuilding team.

“Every time I walk through the production hall, I’m wowed by the work that is going on,” Jeremy says.

James agrees. “The best part as Trials Manager is our team gets to see how the ships actually perform. I get a great sense of pride in how well the ships we build operate during Sea Trials. It’s a great testament to everyone who works at ISI, from welders and steel fitters in the Assembly Hall to planners, engineers, and supply chain buyers.”

James and Jeremy Phillips are one of the many "JDI Generations" stories across our operations. To read more stories, visit our Newsroom here.