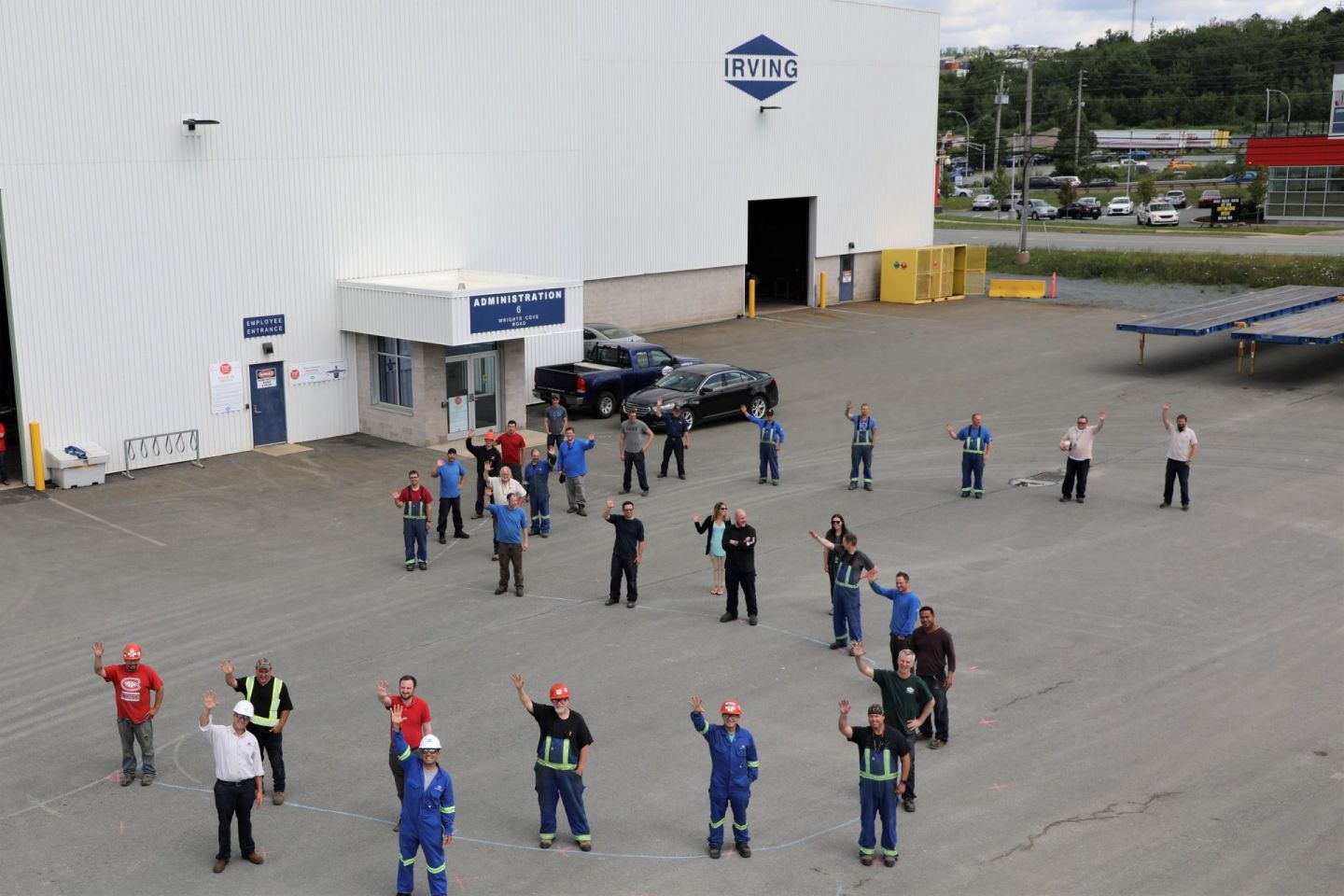 Marine Fabricators marked an impressive milestone this month, achieving five years with no lost time due to injury.

Located in Dartmouth, Nova Scotia, Marine Fabricators is a key part of Irving Shipbuilding with 9,270m2 of production space. The team provides steel burning, cutting, forming and fabrication services to the shipbuilding, oil and gas, offshore, and energy sectors. Marine Fabricators carries out the initial work preparing steel for the Artic and Offshore Patrol Ships currently under construction at Halifax Shipyard.

“The team at Marine Fabricators really demonstrates that the goal of zero harm is possible, even in a heavy industry like steel fabrication. The entire team is to be congratulated on this safety milestone.”

When asked what made this milestone possible, the team at Marine Fabricators identified three key factors they prioritize: looking out for the safety of their teammates, thinking before acting, and maintaining a clean workspace.

Marine Fabricators Production Director Giampietro Follador says the team’s culture of safety and commitment to continuous improvement and teamwork are key factors in this achievement.

“Our people work together to make sure we are safe. Everyone is accountable for their actions, and they look out for not only themselves, but each other.”

Marine Fabricators celebrated this accomplishment with a team lunch at the facility.

Congratulations to the team at Marine Fabricators!