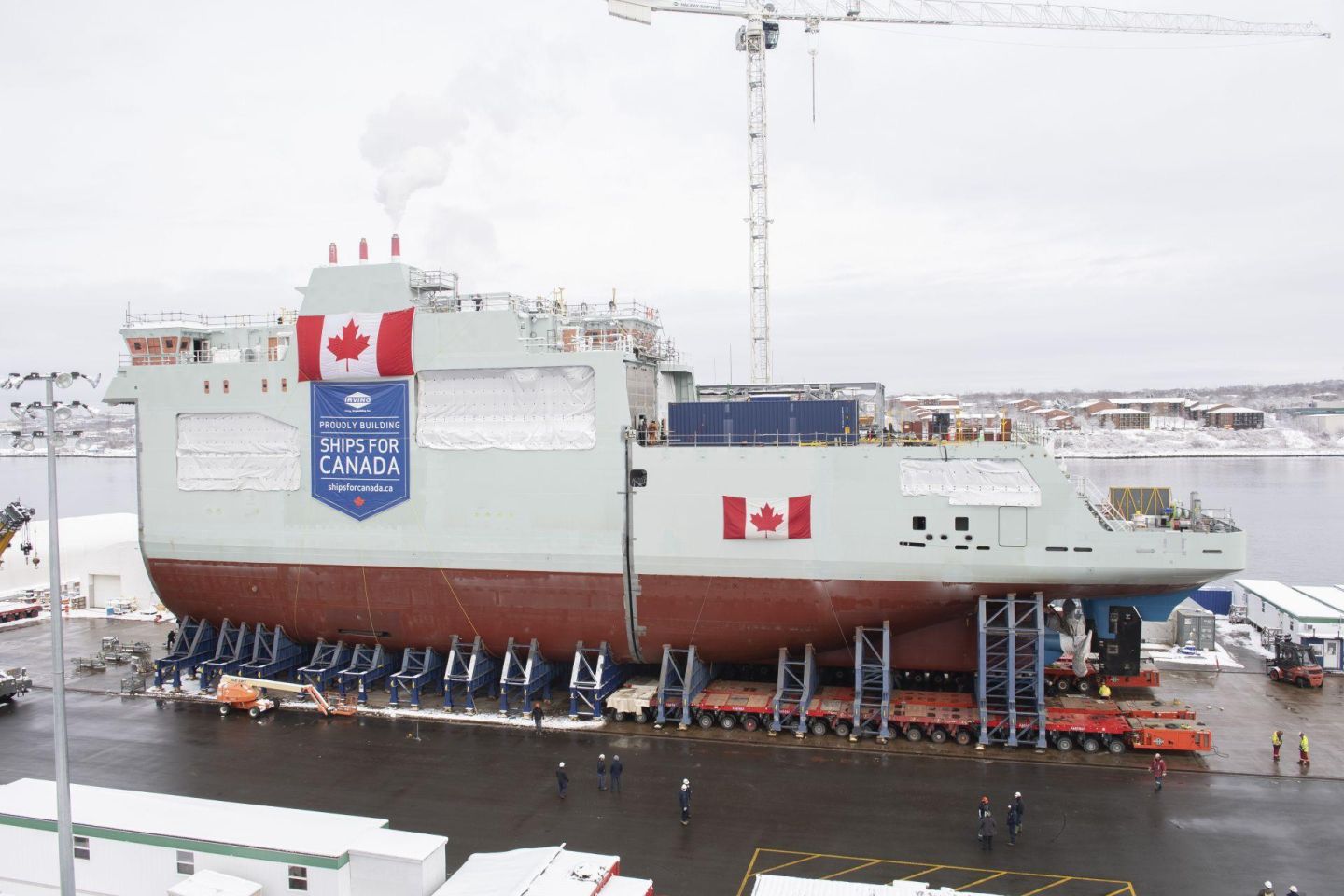 (Halifax, NS) – The first two mega-blocks for the future HMCS Max Bernays were safely and successfully transferred from the Halifax Shipyard Assembly Hall to land level dockside in preparation for final assembly and launch later this year as part of Canada’s combat ship package under the National Shipbuilding Strategy. Halifax Shipyard is the most modern and largest indoor shipbuilding facility in North America.

The installation of the rudder, propulsion shaft and blades (propellers) were completed indoors, a first for the AOPS program. Irving Shipbuilding President Kevin McCoy said this latest achievement is another example of the great progress of Canada’s combat ship program.

“Our 2,100 shipbuilders are really hitting their stride for this new class of ship for the Royal Canadian Navy, as this third ship is 50% more complete than the first ship at the same stage,” said McCoy. “With ship 1 delivered, ship 2 already in the water, ship 3 at land level, ship 4 under construction in the Assembly Hall and first steel for ship 5 in the coming weeks, we are very well positioned for AOPS 7 & 8 for the Canadian Coast Guard and the Canadian Surface Combatant program that will give Canada’s navy the most advanced and sophisticated combat ship in their history.”

Joining of the centre and stern mega-blocks is now underway with a team of welders, fitters and steel workers, as well as a support team that includes Accuracy Control, Programs, Quality Control and Engineering. The mega-blocks were aligned using laser technology bringing the giant pieces together with less than 2mm separation when the move was completed. The bow mega-block is under construction and will be brought to land level later this spring for the final assembly.

“It takes a country to build these great ships for Canada’s Navy. To date $2.58 billion has been spent on business services and investments in the AOPS program with a coast-to-coast-to-coast supply chain of 317 businesses across Canada,” said McCoy.

Irving Shipbuilding Inc., Canada’s National Shipbuilder, is the most modern shipbuilder and in-service ship support provider in North America. Headquartered in Halifax, Nova Scotia, our skilled team and innovative facilities provide efficient building, fabrication, conversion and servicing of vessels and offshore platforms. Irving Shipbuilding Inc. is the prime contractor and shipbuilder for the Royal Canadian Navy’s next class of Canadian Surface Combatants (CSC) and Arctic and Offshore Patrol Ships (AOPS) as part of the National Shipbuilding Strategy (NSS). We are proud to continue our long history as a trusted partner in Canadian shipbuilding. Irving Shipbuilding Inc. is a member of the J.D. Irving, Limited group of companies, a diverse family-owned company with operations in Canada and the United States. 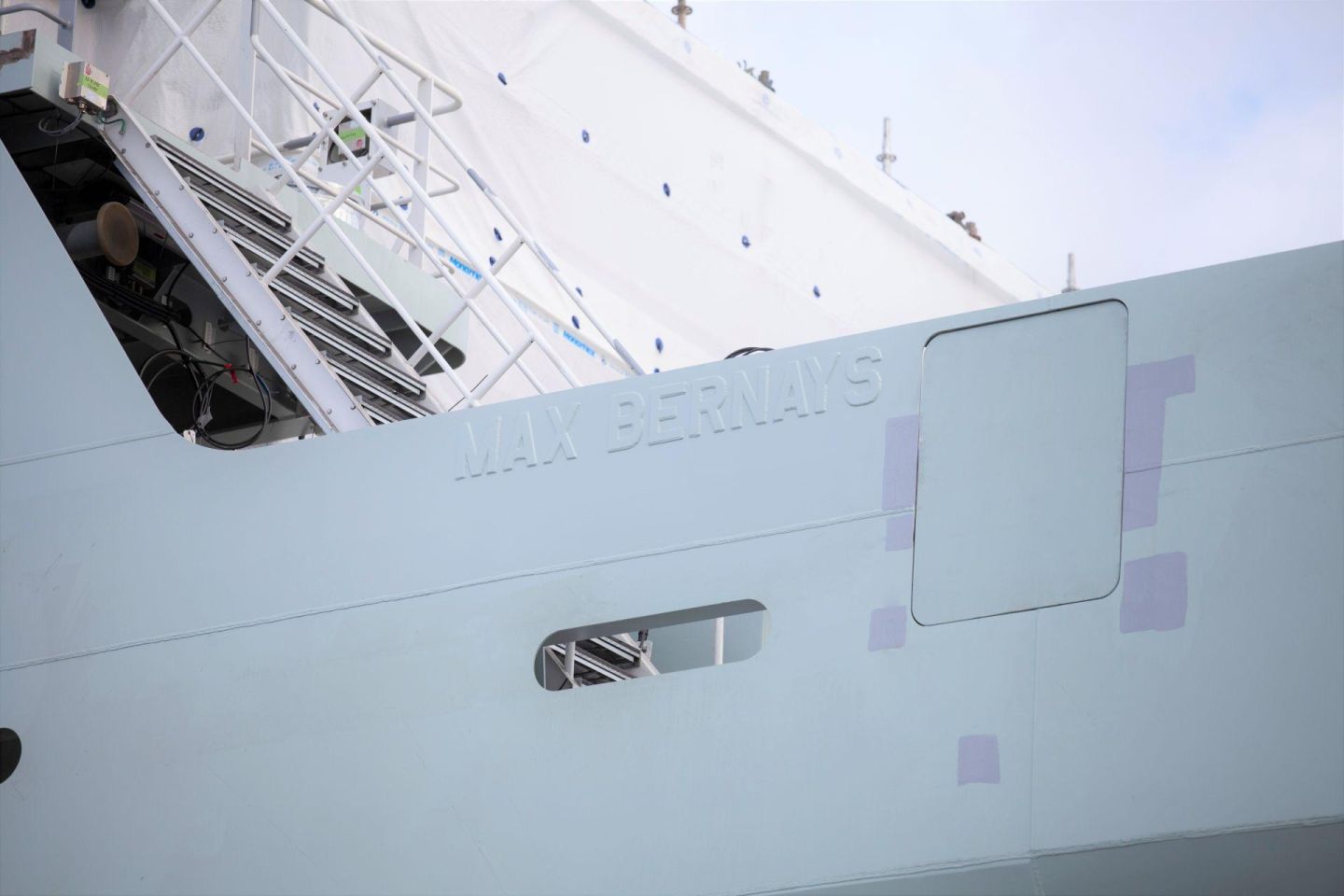