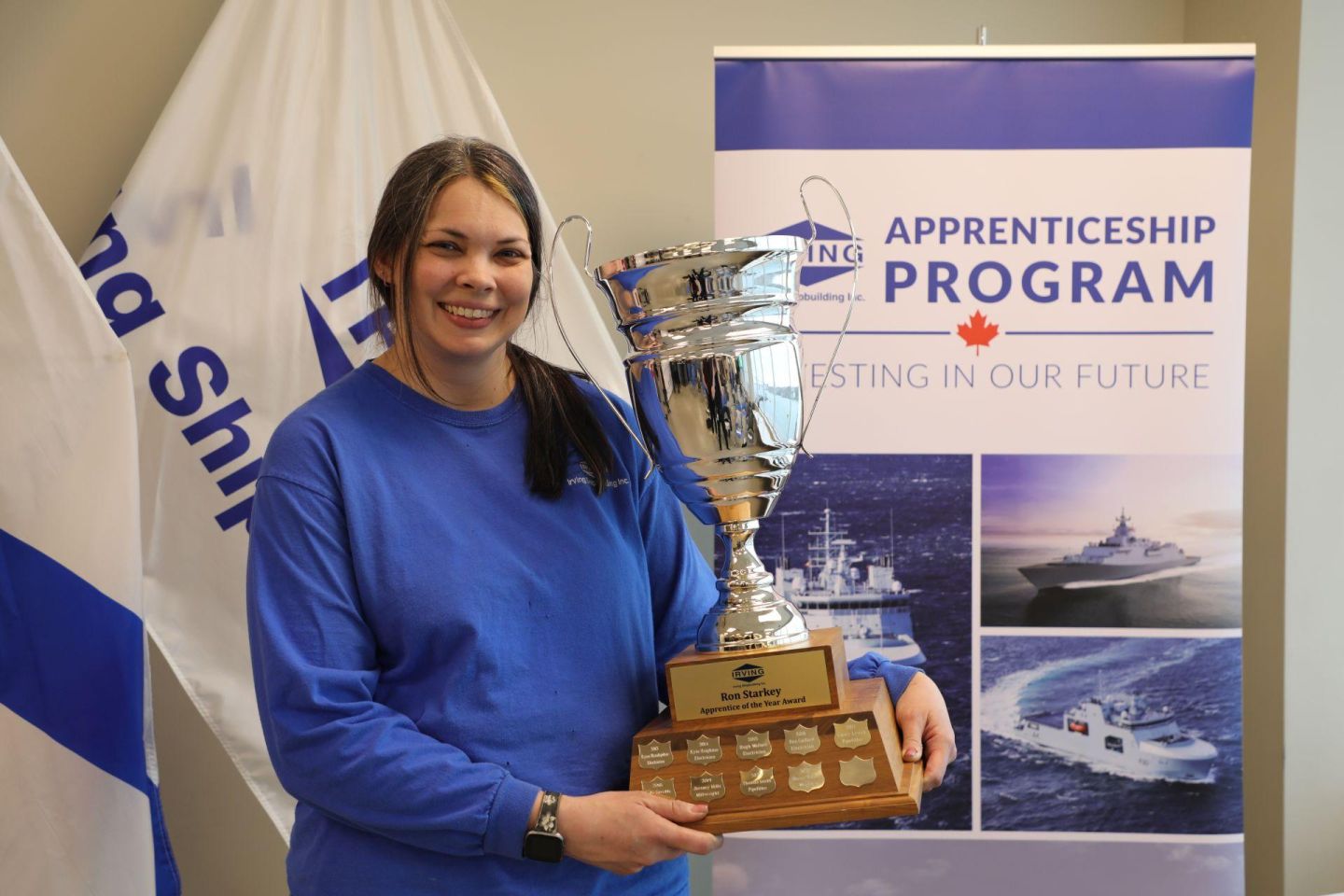 Among a record-breaking 51 new Red Seals recipients at Irving Shipbuilding in 2021, Macey Rolfe has been named the winner of the Ron Starkey Apprentice of the Year Award.

First presented in 2014, the Irving Shipbuilding Apprentice of the Year Award is named after Ron Starkey, who began as an Apprentice Machinist at Halifax Shipyard in 1987. Ron earned his Red Seal and took great pride in developing Apprentices. Ron passed in 2013 after a battle with ALS.

This year, Macey set herself apart with her exceptional enthusiasm and dedication to her development.

“Macey consistently receives excellent feedback and impresses everyone she works with through her positive attitude, strong work ethic, and commitment to being the best she can be,” says Cathy Young, Senior Manager - Apprenticeship Program.

Macey’s dedication and passion for her work is clear and admired by many.

“It’s important to have a positive attitude, take pride in what you do, and always be willing to learn,” says Macey. “As a mother of two young children, I decided that if I were going to return to work it would have been financially rewarding and something I loved doing. I take great pride in achieving my Red Seal in welding and being named Apprentice of The Year for Irving Shipbuilding.”

This year we welcomed a new addition to our annual Apprentice of the Year ceremony with the introduction of individual trade winners for trades with 5 or more Red Seal recipients to recognize the exceptional work our apprentices do in each trade. Congratulations to the inaugural winners: James H. MacNeil (Pipefitter), Derek Fraser (Metal Fabricator), and Richard Smithson (Welder).

Congratulations to all our new Red Seals. We are so proud of you and hope that you will strive to be positive mentors for the apprentices following in your footsteps.