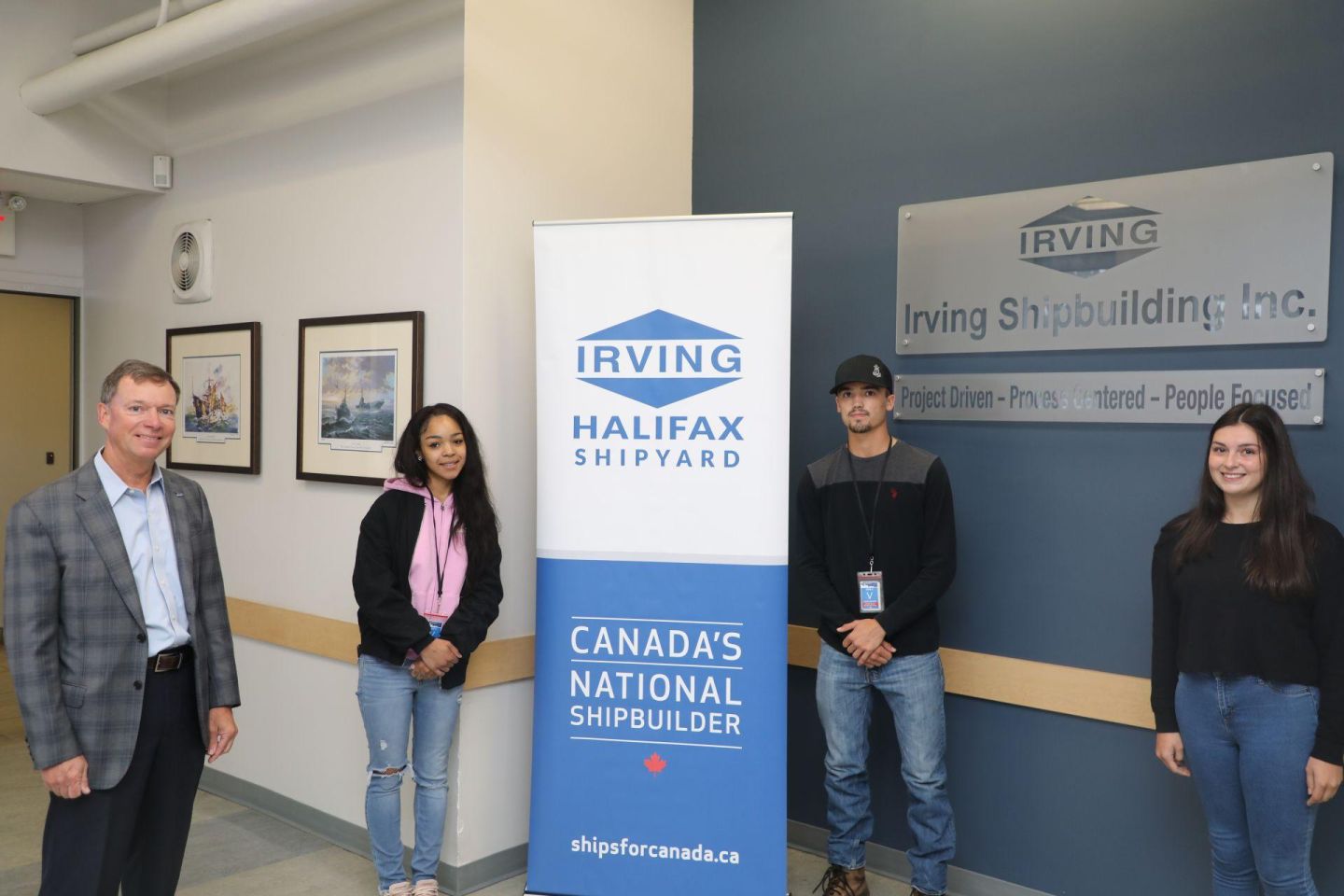 Every year, Irving Shipbuilding awards $1,000 scholarships to select children of our employees who are enrolled in full-time studies at a University, Community College, or Training Institution. This year, four exceptional students will begin their academic year with support from Irving Shipbuilding.

We thank their parents for their dedication to building Ships for Canada and we wish these talented young people all the best as they begin their next steps at colleges and universities this fall!

Adelia Watters is a member of the Halifax West High School class of 2019 and will attend the Nova Scotia Community College (NSCC) in September for her Digital Marketing certificate. Adelia also recently completed the Graphic Print Production Diploma at NSCC.

Carson Lanceleve will begin his Bachelor of Business Administration studies at State University of New York (SUNY) – Canton this fall. A graduate of South Colchester Academy in 2018, Carson was the Assistant Captain of the Yarmouth Junior A Mariners of the Maritime Hockey League. Carson will become a member of the SUNY-Canton men’s hockey team.

Hannah graduated from Sir John A. MacDonald High School this year and will begin her Bachelor of Arts in Forensic Psychology at St. Francis Xavier University in September. Hannah enjoys volleyball and has played for her high school team and refereed for Volleyball Nova Scotia.

Rion graduated from Sir John A. MacDonald High School and will attend Dalhousie University for her Bachelor of Science (Nursing) in the fall. Rion is bilingual and achieved Principal’s List each year of high school. In addition, Rion volunteers with Students for Seniors and tutors other students.

Congratulations to Adelia, Carson, Hannah and Rion on their academic achievements and community contributions. We wish these students all the best in their future studies!