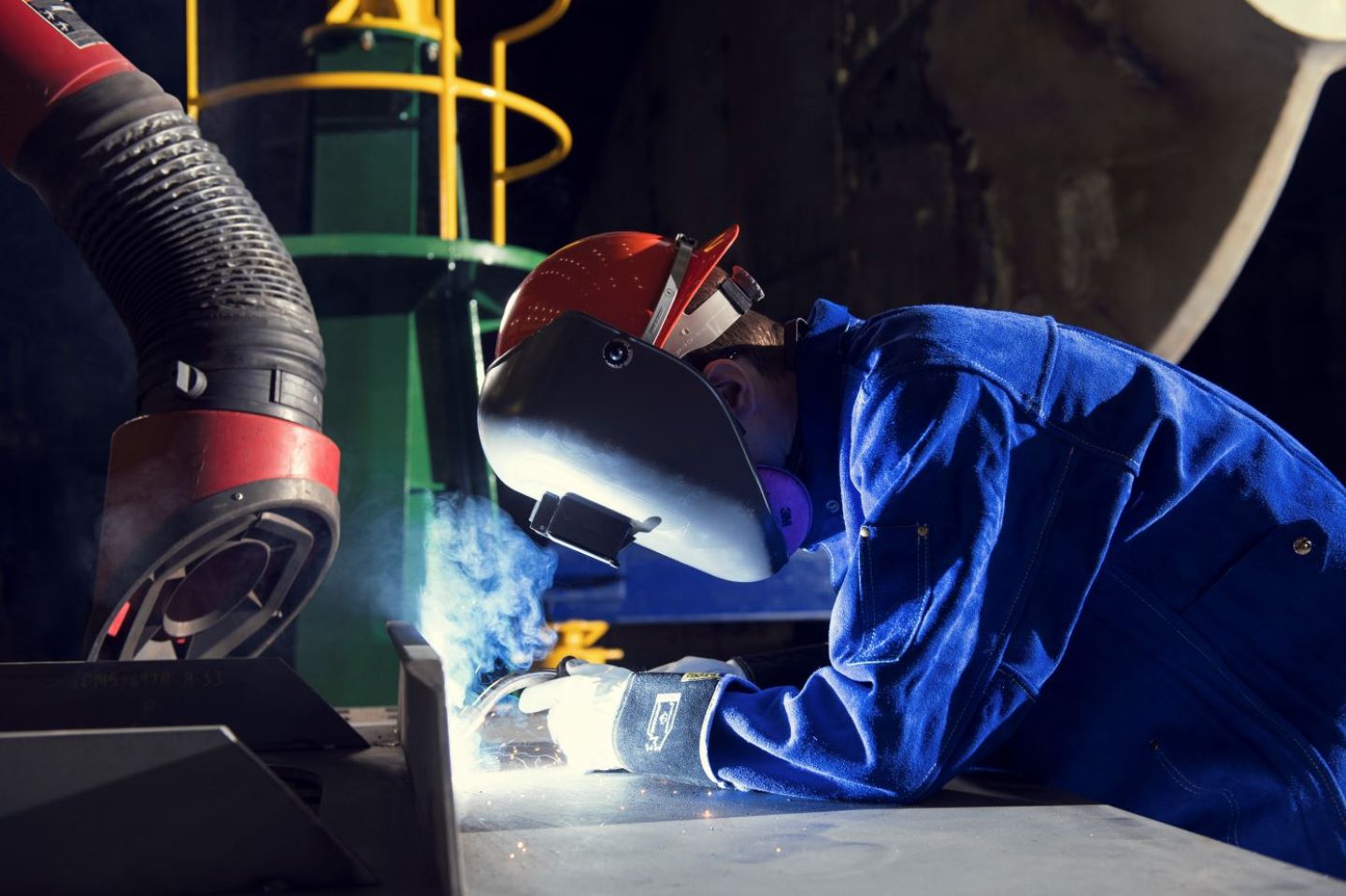 Connor Warren, an apprentice welder at Halifax Shipyard, is one of the best young welders in Nova Scotia and is representing the province on the national stage at the Skills Canada National Competition on May 28 and 29 in Halifax.

From North Sydney, Nova Scotia, Connor graduated from Nova Scotia Community College (NSCC) Marconi Campus in Sydney, NS, after completing a three-year program in welding and metal fabrication. His decision to pursue welding on a whim evidently was a great one, as he has proven to be a very skilled welder.

Connor started working as a welding apprentice at Halifax Shipyard in November 2018 and plans to spend his whole career there building ships for the Royal Canadian Navy and Canadian Coast Guard. He describes Halifax Shipyard as a great place to work, where things are constantly changing and there is never a dull moment.

“I enjoy my work, I like that it’s hands-on and I take pride in it,” said Connor. “I always try to make each weld better than the last one.”

Recently, Connor performed the first weld on the first unit of the Royal Canadian Navy’s fourth Arctic and Offshore Patrol Ship, the future HMCS William Hall, during the ship’s start of construction ceremony. The ceremony was attended by the workforce at Halifax Shipyard, members of the Royal Canadian Navy and several government officials, including the Honourable Harjit Sajjan, Minister of National Defence. Connor described this as “quite an honour”, not only doing the first weld, but also meeting the government officials in attendance.

Now, having won the gold medal in welding at the Skills Nova Scotia Competition for the third time, Connor is competing at his third National Canada Skills Competition. He feels well prepared, having already attended national events in 2017 and 2018, in Winnipeg and Edmonton, respectively.

Connor knows what to expect at the competition and, having spent the past several months working at Halifax Shipyard, he is much more experienced than he was at previous competitions; although he maintains that there is never enough practice, and constantly tries to improve his welding skills.

Held over two days, more than 7,000 students from across Atlantic Canada are expected to attend the Skills Canada event. Connor says it is a great opportunity to meet people from around Canada and to network.

“The closest thing I compare it to is the Olympics of trades,” said Connor. “It’s treated the same, with the opening and closing ceremonies, medals, and lots of energy.”