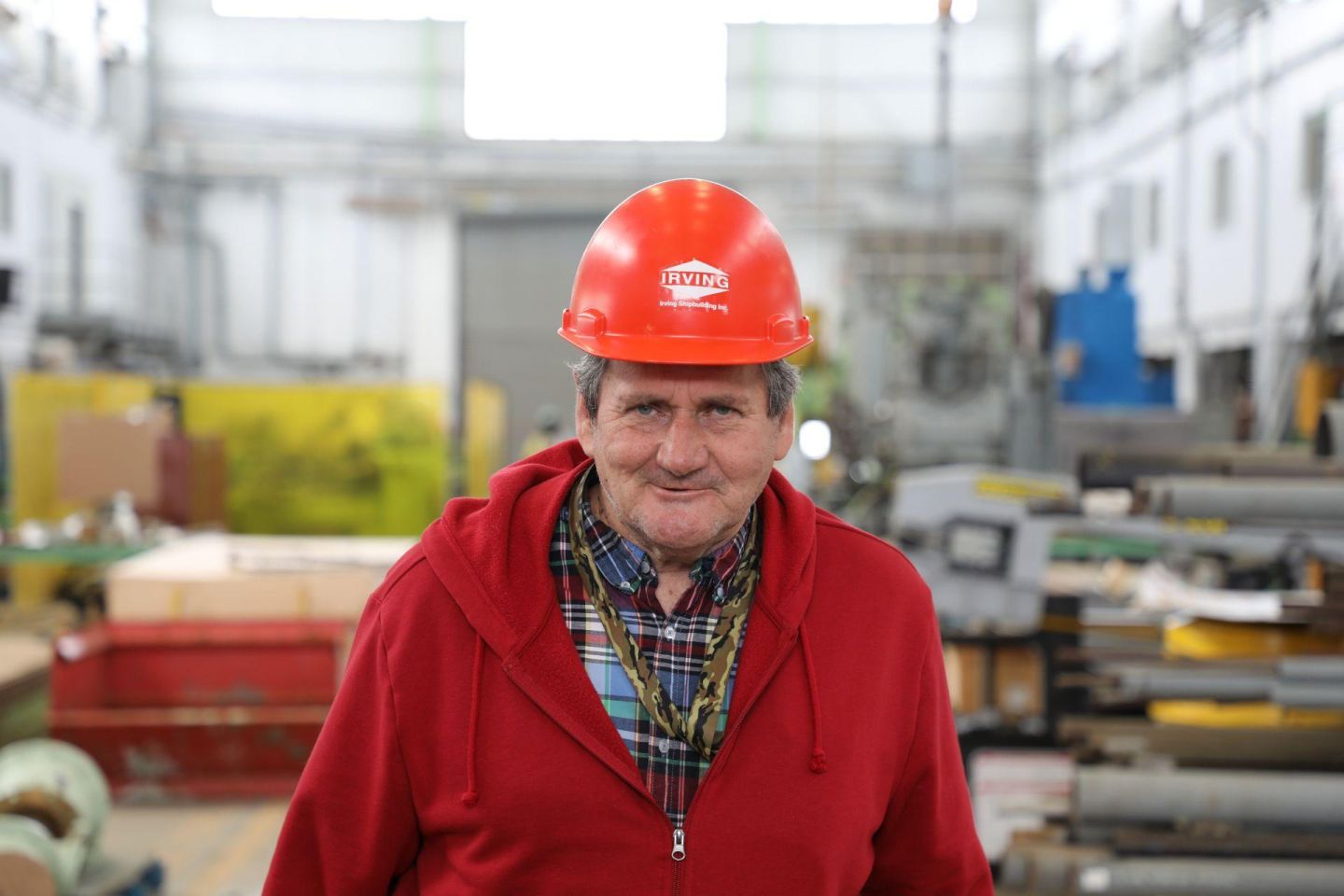 This week marks the 51st work anniversary for a man known around Halifax Shipyard as “Beaver”. Greg Astles started his career with Halifax Shipyard in 1970 and is the longest serving employee at Irving Shipbuilding today. Throughout his career, Beaver has worked on a wide variety of projects.

“When I started, we were building oil rigs. I came in on the second rig. We then did some minesweepers, some tugboats, and larger ships of course,” says Astles. “I’ve been here my whole life, so I’ve seen a lot of progress and change made here at the Shipyard.” Beaver has also experienced some unique events at the Shipyard. “I was here when Queen Elizabeth II and Prince Philip came to visit the Shipyard in 1976. We all had Canadian flags to wave to greet them. The Queen and Prince drove down the yard in a convertible so we could see them. That was pretty cool.”

Beaver works in Ship Repair as an Iron Worker and can often be found working in the Machine Shop. Beaver has also done work as a tack weld worker and as a tank and fire watcher.

When asked about what he enjoys most about working at the Shipyard, Beaver has one thing in mind. “Definitely the people. There are good people here, and I’ve made a lot of friends here.”

In his spare time, Beaver enjoys watching movies, and looking after residents in his neighborhood in the west end of Halifax. “I’ll help get their groceries, cut their grass. I’m always helping the older people out when I can…I’m not old yet,” says a grinning Astles.

Beaver has worked with several generations of shipbuilders during his time with the Shipyard. Beaver’s advice for the next generation of shipbuilders is short and sweet: “Work hard and show up on time. Keep your nose clean and keep your peace. You get out of it what you put in.”

Thank you Beaver for 51 years of service at the Halifax Shipyard!

Fun Facts: 51 years ago, we were a country of 21.3 million Canadians. The Guess Who was topping the music charts with American Woman, and the Vancouver Canucks became the 3rd Canadian team in the National Hockey League. A loaf of bread cost 28 cents and gas was 38 cents a gallon.