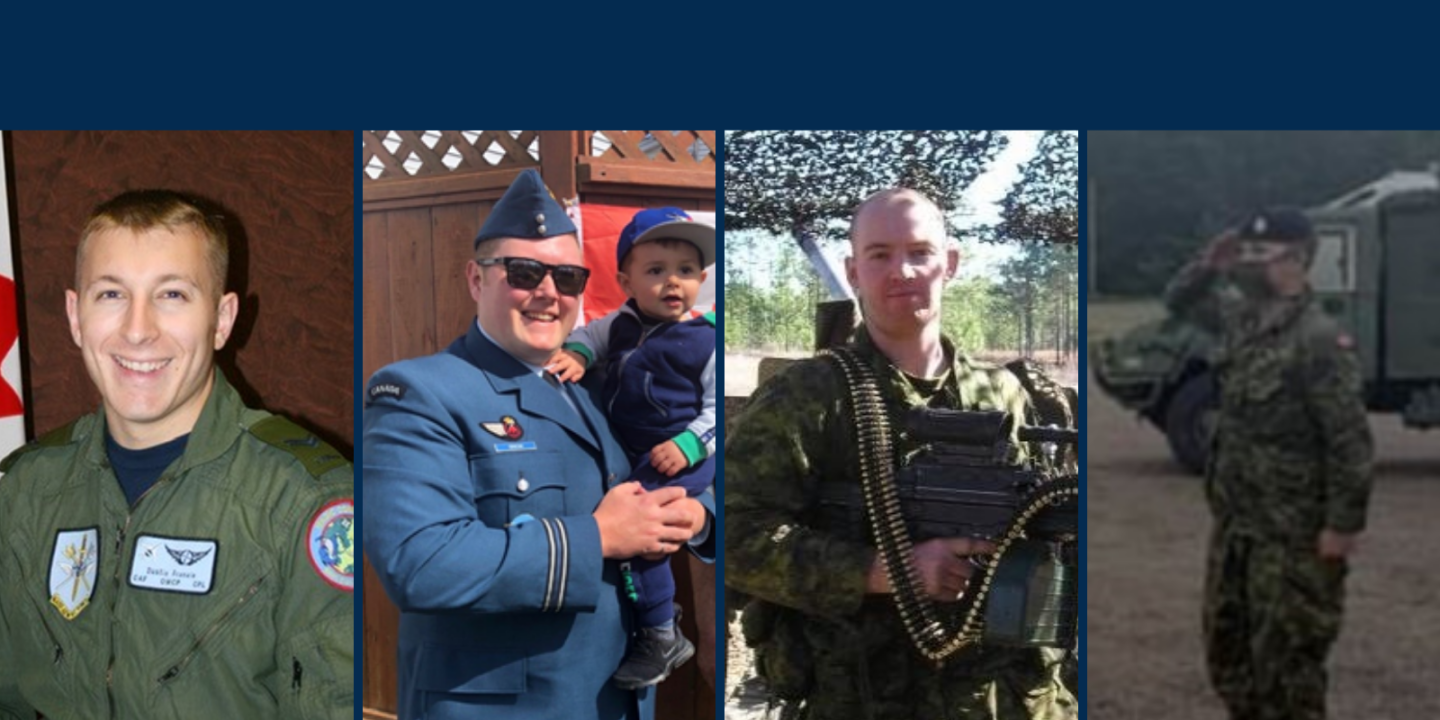 4 years regular Navy and 9 years in the Army reserves.

I wanted to get into shipbuilding ever since I started welding. The discipline, teamwork, and work ethic I gained from my time in the military has helped me throughout my life including my civilian career.

I am Corporal Demary from 36 Service Battalion and my role is a Vehicle Technician in the Canadian Army.

I have been serving for 4 years.

ISI gave me an opportunity for work when I first moved to Nova Scotia and has given me a good balance between my working life and my duty in the Canadian Armed Forces. It has helped me identify good structure that I have seen in both the military and at ISI, and I am happy to serve for my country in both my civilian and army uniforms.

I have served time in the Canadian Armed Forces in all three elements. I started my career as a Combat Engineer in the Army reserves (approx. 1 year duration). Then I switched to the Royal Canadian Navy as a Communications Technician (part of the Combat Systems Engineering (CSE) Department). During my time in the RCN, I sailed a short period of time on HMCS Fredericton, but spent most of my time on the destroyer class vessels (HMCS Athabaskan and HMCS Iroquois). As a communications technician my main role was maintaining comms equipment (internal ship comms, UHF, VHF, SHF, HF, etc), but being part of the CSE Department, we did a lot of cross training, so I had exposure to essentially all combat systems onboard those ships. From there I moved on to the Royal Canadian Air Force where I was an Aerospace Engineering Officer (AERE). As an AERE, I managed maintenance on the CH148 Cyclone in Shearwater, NS.

I would say what brought me to ISI is twofold: my family and my desire to expand my engineering career beyond the CAF. I knew that if I stayed in the military, a posting out of the Halifax region was imminent. This would mean I would have to disrupt my wife’s career and pull our 2.5-year-old further away from family. An opportunity was presented to me to come to ISI, so I jumped at it. Serving in the Canadian Armed Forces was all I knew since graduating high school so building ships and integrating the Cyclone into those ships seemed like a win-win for me. I was able to create a stable home environment for me and my family, while still technically contributing to the RCN and RCAF at the same time. I believe my military experience is precisely why I was hired for the job I am in right now (Senior Hull Outfit Aviation Engineer). I am still new to ISI but so far, I believe my military experiences are a huge benefit to me in this role. My navy experience allows me to understand what is required on a ship while my air force experience allows me to understand what the CH148 requires to integrate into the ship. Overall, I hope to use my previous experience to benefit any part of the CSC project that I can.

I joined the Canadian Forces as an Aerospace Control Operator (AC Op) in 2005. Upon completing my training as an AC Op, I was posted to CFB Greenwood in the Annapolis Valley where I worked for two years as an Air Traffic Controller. In 2008, I was posted to NATO Air Base Geilenkirchen in Germany. During my first two years in Germany, I worked as a Command Post Operator before taking on a role as Operational Deployment Planner for the last 2 years. In early 2011, I was tasked to deploy to Italy in support of Operation Unified Protector – Libya. Later that year, I was tasked to deploy to Mazar-e-Sharif, Afghanistan in support of Operation Afghan Assist. When I returned from Afghanistan in 2012, I was posted to CFB Comox as a Visual Flight Rules (VFR) Tower Supervisor. In 2015, I transferred to the Primary Reserves (part-time), Royal Newfoundland Regiment, so I could begin my engineering degree at Memorial University of Newfoundland. In 2018, I retired from the Canadian Forces.

Upon completing my engineering degree at Memorial University of Newfoundland, I applied and interviewed for a Junior Engineer position with ISI. I have a keen interest in project management and design, so that led me to ISI. ISI provides an opportunity to apply my new skills gained from an engineering education with my past experiences as a member of the Canadian Forces.

My role as an engineer on a Naval Program with ISI is quite different from my position as an operator in the Air Force, but there are some similarities. Right now, I am working as a Communications Engineer with ISI, and some of the equipment and theory required and discussed is like what the Air Force uses for communications. Additionally, the tactics used onboard a ship for threat detection are the same tactics, equipment, and techniques that I learned as an AC Op for the protection of Canada’s Airspace.