Family is why Tom Logan joined Irving Shipbuilding, specifically, wanting to spend more time with his wife and two young children. Now, the Halifax Shipyard is where Tom, his daughter, son, and son-in-law all work, building ships for Canada.

One day in 1989, in Port Glasgow, Scotland, Tom came across a job advertisement for a position at a shipyard in Canada. With no expectations, he applied – and that fall, the Logan family, Tom, his wife Maureen, and their children Thomas and Karen, moved across the Atlantic to Saint John, New Brunswick.

“When I told Maureen I got the job in Saint John, she thought I was nuts. We had just bought a house. But the thing is, I did it for my family – I am a family man first. I missed out on quite a bit of the first few years of Karen’s life because I was travelling so much for work. I was looking for stability, something where I was home every night.”

Tom eventually moved from Saint John Shipyard to Halifax Shipyard in 2001, Tom has held several positions including electrical manager – where his own son, Thomas, was reporting to him. Tom is now an Integration Planning Manager for the Arctic and Offshore Patrol Ship program.

Thomas started at the shipyard not long after his father doing general labour, and eventually followed in his father’s footsteps by pursuing his electrician certifications. Thomas now holds the title of Production Supervisor.

Tom’s daughter Karen joined ISI in 2009 in the Human Resources department. Over the past ten years, Karen has transitioned through several roles including her current role of Employee Settlement Coordinator. Karen's husband, Patrick, also works at the shipyard. Since joining ISI ten years ago as a student in the Health, Safety, and Environment department, Patrick has held various roles including his current role of Health, Safety and Environment Advisor. Patrick and Karen welcomed their first child together this past March.

“I could’ve taken other jobs, like when things were booming out west, but I would have been away a lot,” Tom said. "I didn’t want that life, and Maureen and I have been married for 43 years, so I think we must be doing something right.” 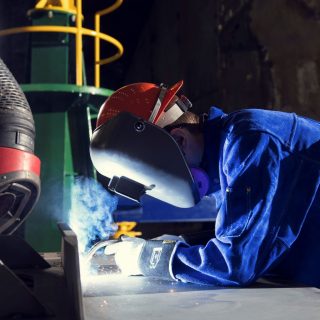 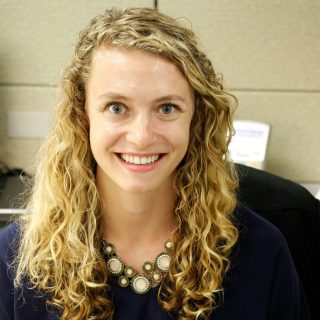 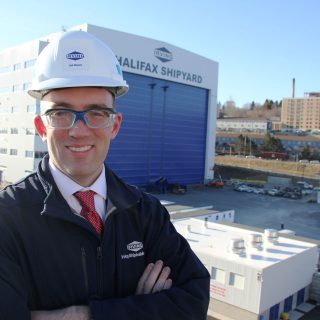